My dear friends Suet Fun and SC Shekar collaborated on a book commissioned by the Ministry Of Women, Family and Community Development, called "Gilding the Lily".

This is "....a collection of 65 stories and photographs in this book chronicles the lives of Malaysian women in their daily passage as they seek to define their existence through choices they have made and the choices that have been thrust upon them...". Jeannie's is one of the stories.

The two had visited us in October last year to gather material for Jeannie's story. Suet Fun had suggested a story on Jeannie from the perspective of what she left behind rather than of who she was. I felt it was an interesting angle and one that would be more acute from a third party viewpoint so I gave my consent. Seeing the book now, I realize it is a privilege to have Jeannie's story told in the book and asking for my earlier consent was an act of unequivocal humility on the part of Suet Fun. Yesterday, we received our autographed copy of this coffee table book that will soon be on sale at MPH bookstores.

Suet Fun and Shekar gave me permission to blog their story entitled, "Everywhere" including the accompanying photograph taken by Shekar. Here it is: 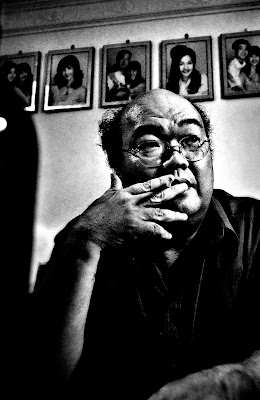 She's everywhere. The cream frilled curtains that fringe the doorway to the kitchen, the way the dining table finds its cosy nook in the curve of the wall, the way the tealights burn, night after night when they are lit to release the aromas from her favourite oils and the way her scent lingers in the large wardrobe so that each time when the doors are open, Jeannie's voice filters through, as though she is still there.

Her husband, Cheah Keat Swee, treads the fine line between feeling that she is and isn't here anymore. I know she is gone, but she's still here, he says, raising his hand and encircling the space in which she once lived and breathed. Her face stares at you from above, in numerous photographs taken with the family. She is impeccably dressed. She hated having her pictures taken in the end, he says, because she had become so thin.

Jeannie had not been well for a long time. In more than twenty years of marriage, she had undergone eleven major surgeries for various ailments and caesarian sections, misdiagnosed with colon cancer and suffered from endometriosis. Still, Cheah and Jeannie had two children, a girl and a boy named Krystyn, now twenty and JJ, seventeen.

She fought everything for a long time, he says quietly. Her family background was also wrought with challenges, and she had to leave home and fend for herself at a very young age. WHEN CHEAH MET AND MARRIED JEANNIE, HE HAD "A BLUEPRINT TO IMPROVE HER". HOW COULD I HAVE KNOWN THAT I WOULD BE THE ONE WHO WOULD BE CHANGED, HE SAYS WONDERINGLY.

Cheah who was never brought up to be demonstrative learnt to speak of his feelings. She demanded that I express myself, he says, and I think I loved her so much, I wanted to do what was right. We always huddled together in the bathroom, she on the floor with her cigarette and I on the toilet seat, with my cigarette and we just talked, and talked.

For many years, her constant illnesses led Jeannie to have an impending sense of her own death. She never mollycoddled her children and raised them to be independent of her. Even from a young age, they were taught to get their own breakfasts. She also had many conversations with Krystyn and JJ, speaking of traditional values and behavior that was appropriate and expected of them. In many ways, Krystyn says, she was preparing us to go on without her.

And now that the time has come, the road ahead seems too hard. Despite all the careful prepping, the immense, inevitable sense of loss envelopes their home like a thick, grey fog. Hope, he declares, has died.

Now he sits, man alone, nursing a gin and tonic, taking a last draw from the last stick of Virginia Slims, Jeannie's favourite cigarette, while Jeannie looks down from above. And she is everywhere, but nowhere. 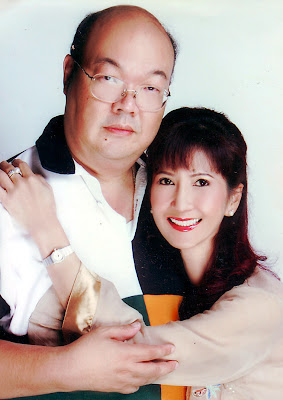 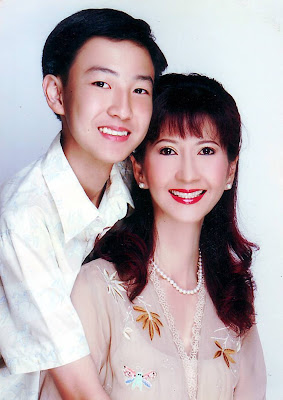 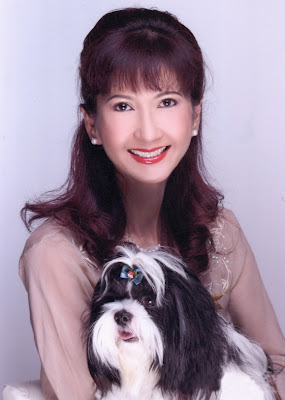 KS
To be honest, of the seventy-five stories (of which sixty-five were used) it was one of the hardest to write. So far though, it has evoked the most heartfelt responses. So, we are grateful that you have trusted us with Jeannie's story, and continue to allow others to share you and your family's journey without her.
Suet Fun

Whats not to trust? I never had any doubt you would know how to handle the story. I remember what you said about what you wanted to instill in your stories: "....to strike a fine balance between the priceless and the prosaic; between heartfelt emotion and hardcore reality."

Shekar's eye for an angle and moment is something else man.....