We were at COBRA Club last week and JJ was in The Star newspaper, Metro Section today: 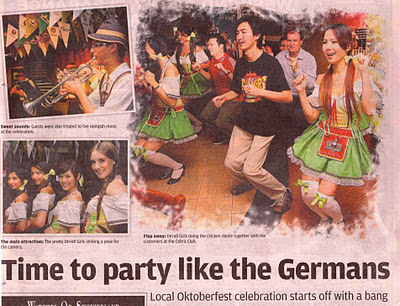 They were doing the "Chicken Dance"...like this You Tube video: 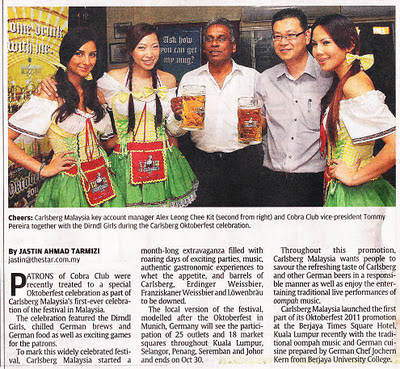 Email ThisBlogThis!Share to TwitterShare to FacebookShare to Pinterest
Labels: JJ

Hudud Law. Having Cake And Eat It Or Pie In The Face?

The revered Tok Guru Dato' Nik Aziz is pushing for implementation of Hudud Law, if only for Kelantan...for a start. The PAS Spiritual Advisor purportedly represents the soul of PAS. That he IS influential within PAS is beyond doubt as evidenced by how he single-handedly killed the UMNO-PAS joint-government temptation within his party. That saved the PR alliance from going down the road of Gagasan Rakyat in 1996. But now, his insistence on Hudud Law is heading down the road of discord within PR. Notwithstanding his reasons, it is fortuitious that the issue comes up now rather than after GE13 should PR gain assension. It is better the spots show now rather than in a later case of religious small pox.

As for his reasons, they are as clear a his Faith. PAS' political "struggle" cannot exclude the Islamic State agenda from its political zzz. attempts to have hl and being part of a winnable political alliance ddd is akin to trying to have its cake and eat it.
Posted by KS Cheah at 18:35 No comments: