Another One Bites The Dust...

Makes you wonder what other nonsensical things evangelists may say that their followers blindly swallow.

‘I don’t understand why nothing happened’

A volunteer from Family Radio hands out pamphlets warning of Judgment Day, at Times Square in New York May 13, 2011. — Reuters pic

SAN FRANCISCO, May 22 — With no sign of Judgment Day arriving yesterday as forecast by an 89 year-old California evangelical broadcaster, followers were faced with trying to make sense of his failed pronouncement.

Harold Camping, the former civil engineer who heads the Family Radio Network of Christian stations, had been unwavering in his message that believers would be swept to heaven on May 21.
His Oakland, California-based network broadcasts over 66 US stations and through international affiliates. With the help of supporters it posted at least 2,000 billboards around the United States warning of the Judgment Day.

In New York, retired transportation agency worker Robert Fitzpatrick was inspired by Camping’s message to spend over US$140,000 (RM420,000) of his savings on subway posters and outdoor advertisements warning of the May 21 Judgment Day.

As he stood in Times Square in New York surrounded by onlookers, Fitzpatrick, 60, carried a Bible and handed out leaflets as he waited for Judgment Day to begin.

By his own reading of Bible, which was slightly different than Camping’s, Fitzgerald expected the great worldwide event to begin at 6pm Eastern Time.

When the hour came and went, he said: “I do not understand why ...,” as his speech broke off and he looked at his watch.

“I do not understand why nothing has happened.”

Camping, who previously made a failed prediction Jesus Christ would return to Earth in 1994, had said doomsday would begin at 6pm in the various time zones around the globe.

That meant it would begin in Asia and Oceania, but with midnight local time having come and gone in those areas, taking them well into May 22, and no indication of an apocalypse, Camping seemed to have gone silent.

The headquarters of his network was shuttered on Friday and Saturday, with a sign in the door that read “This Office is Closed. Sorry we missed you!”

Camping, whose deep sonorous voice is frequently heard on his radio network expounding the Bible, could not be reached for comment.

The shades were drawn and no one answered the door at his house in Alameda, California.

Sheila Doan, 65, who has lived next door to Camping since 1971, said he is a good neighbour and she was concerned about Camping and his wife because of the attention his pronouncement has received.
“I’m concerned for them, that somebody would possibly do something stupid, you just don’t know in this world what’s going to happen,” she said.

Tom Evans, a spokesman for Camping, said earlier this week that at least several tens of thousands of people listen to Family Radio’s message.

The network is heard in more than 30 languages through international affiliates, according to Family Radio.

In recent weeks, dozens of Camping’s followers had crossed the United States in recreational vehicles emblazoned with the May 21 warning. Volunteers also handed out pamphlets as far away as the Philippines, telling people God had left clear signs the world was coming to an end.

In Camping’s description of Judgment Day, the Earth would be wrenched in a great earthquake and many inhabitants would perish in the coming months, until the planet’s total destruction on October 21.

Yesterday, some atheists in different parts of the country held celebrations and get-togethers to mark the failure of Camping’s May 21 prediction to come true.

In Oakland, the same city where Camping’s network is based, over 200 people gathered at an atheist convention where speakers joked about the Judgment Day pronouncement and a vendor sold jewellery with the words “Good without God.”

“I’ve heard a lot of name-calling, but most of it is from other Christians calling him a false prophet,” she said. — Reuters
Posted by KS Cheah at 11:48 No comments:

Email ThisBlogThis!Share to TwitterShare to FacebookShare to Pinterest
Labels: Cakap Kosong, In The News, Religion, Stupidity, Trawled From The Net

Another One To Bite The Dust?

21st May 2011 is another day predicted by yet another Doomsday prophet to be humankind's date with destiny...the end of days. This heads up from Colonel Mike Naser of an article in The Guardian gives an interesting perspective. Please read:

In the wake of a failed prophecy, a leader can always deny that he made the prediction or it can conveniently be postponed to a later date. Photograph: Alamy

On Saturday at 6pm, something cataclysmic is set to happen – the world is going to experience "Rapture". That at least is what Harold Camping, an evangelical broadcaster based in California, has been telling everyone. At the appointed hour, we're informed, all true Christians will be snatched away and rapturously transported to heaven. Everyone else – presumably the followers of other religions and people like Richard Dawkins – will be left to suffer the prolonged agony of "tribulation" until the final destruction of the universe, which is set to take place on 21 October.

There are two tantalising psychological issues surrounding the predictions made by doomsday cults. One is why people become entranced by the idea of the end of times, and the other is how they make sense after the event, when the predictions of salvation and catastrophe have failed to materialise. A number of theories have been put forward to explain the periodic rise and fall of eschatological beliefs, the most persuasive being the notion that they are fostered by pervasive feelings of insecurity.

The first proper attempt to explain how people deal with discredited doomsday predictions was described by Leon Festinger and his colleagues in their book, When Prophecy Fails. In 1954 the authors gained access to a Michigan cult who believed that there would be a great flood on 21 December, leading to the destruction of everyone except the true believers, who would be whisked to safety in a flying saucer. Festinger and his colleagues interviewed members of the cult before and after the appointed day. They discovered that instead of abandoning their beliefs when the flood and the flying saucer failed to materialise, most cult members actually consolidated their beliefs and increased their attachment to the group. They explained this in terms of "cognitive dissonance" – the psychological discomfort that people experience when their beliefs come into conflict.

There have been other occasions when failed predictions have consolidated members' attachment to their group. When the Church of the True Word prophesied nuclear disaster in the early 60s, 100 followers hid in underground shelters for several weeks, only to emerge with their beliefs strengthened, not weakened, by the experience.

Intuitively, you'd expect to find that messianic leaders who get their predictions wrong are likely to become discredited and to be abandoned by their followers. But that's not necessarily what happens. Instead, it's been suggested that because followers need to reduce their feelings of dissonance, they may actually consolidate their initial beliefs and redouble their efforts to persuade other people of their validity.

In the wake of a failed prophecy, a leader can always deny that he ever made that prediction or insist that he said something else. In some instances these denials may be premeditated, while in others they may arise from genuine distortions of memory – including what psychologists call "hindsight bias". Believers may even insist that the prophecy has happened, not in our world, but in some spiritual sphere.

Alternatively, failed prophecies may conveniently be postponed to a later date. For example, the Millerites, a north American religious group, predicted that the Second Coming would take place in 1833, but when nothing happened they rescheduled the event for 1844. This deferred solution is similar to the one used by Camping, who initially predicted that the Rapture would occur during September 1994. When nothing happened he explained it away as an error in his calculations.

Although leaders of doomsday cults occasionally profit from their errors, as Camping appears to have done, there are recorded cases where botched predictions have actually reduced the appeal of religious movements. To be on the safe side, leaders like Camping should heed the advice of Casey Stengel, the baseball legend, who insisted that we should "never make predictions, especially about the future".

Peter Collett is a psychologist and the author of The Book of Tells
Posted by KS Cheah at 02:58 No comments:

Email ThisBlogThis!Share to TwitterShare to FacebookShare to Pinterest
Labels: In The News, Trawled From The Net

It was about that time again; time for another gathering at Syam's Sanctuary in Ulu Langat for Colonel Mike Naser's Joy Luck Club. This email was in the circulation on 5th May 2011.

Its time for fun, camaraderie, and camping free from the urban hustle and pollution. The food will embellish your taste buds for some time.

The Joy Luck Club will meet on the 13th to 15th May at OP Sham's Hideaway in Hulu Langat. Please have no fear coz Tiger Ah Swee is the Catering Adviser; Tiger Ah Kooi is the Chief Sommelier, and I am the Catering Toolpusher. Major-General Datuk Amin Salleh is the overall supervisor. May I reiterate the programme in summary:

You are most most welcome to join us for camping, or come just for lunch on any date. The closing date is 2200 hrs on 9th May 11. Please info us, in time, for ration planning and portion control. Don't worry if you don't partake in alcohlic drinks, there is plenty of soft beverages. We regret that you cannot bring children below 18 for obvious reason. This is a club for adults.

Come and have fun."

It was as usual great catching up with the usual culprits but this time around Colonel Mike was recovering from a bad flu and was out of action for much of Saturday evening. True to his army training, Syam had contingency plans for dinner on Saturday; Annie's Hainanese chicken rice. 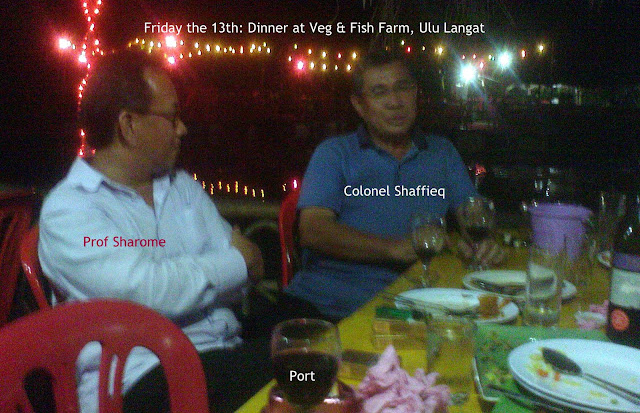 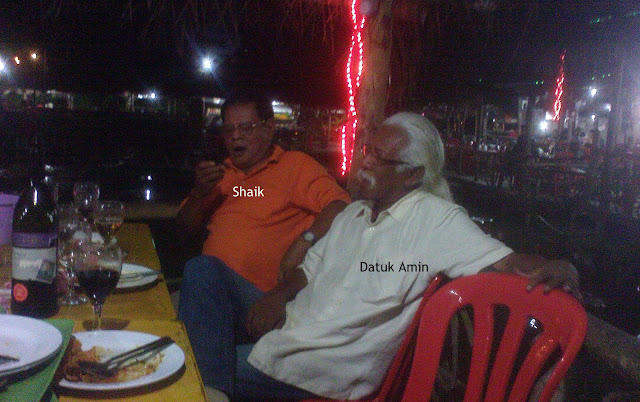 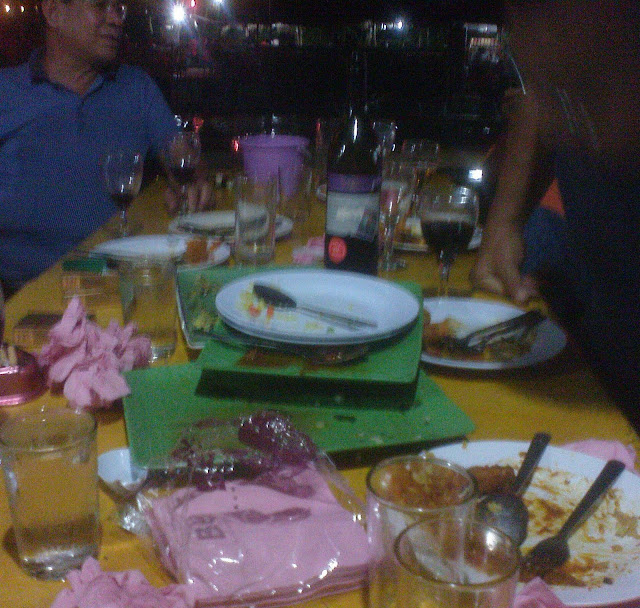 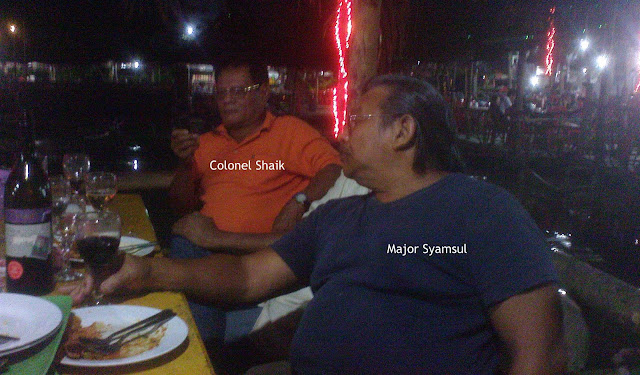 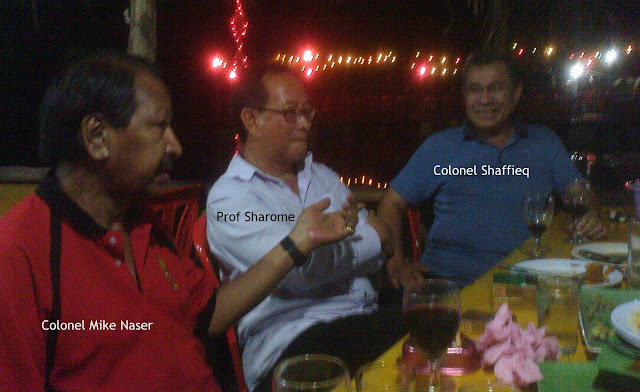 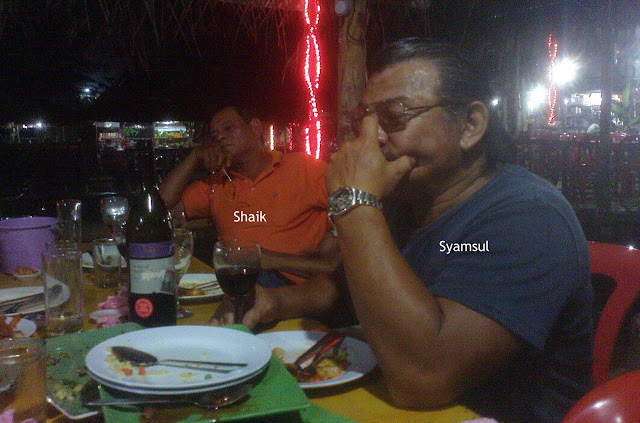 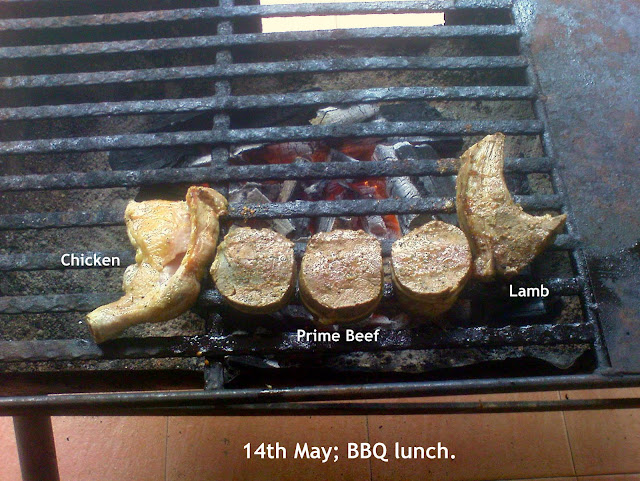 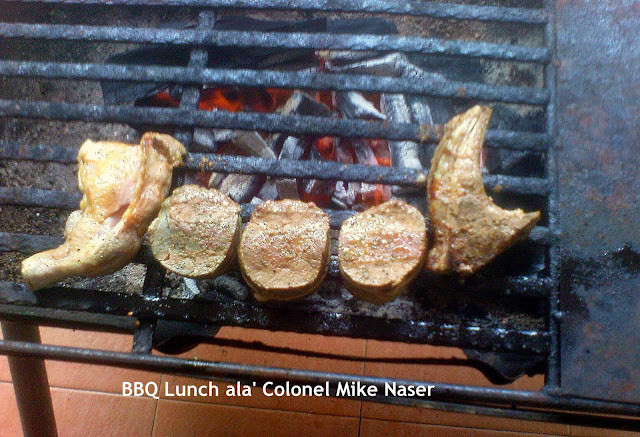 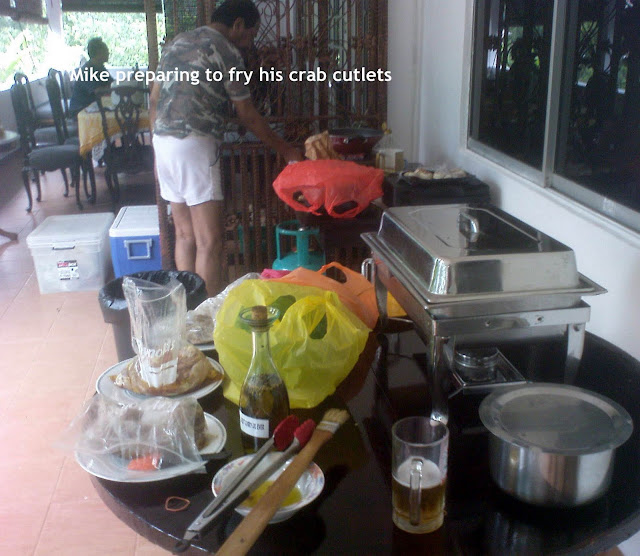 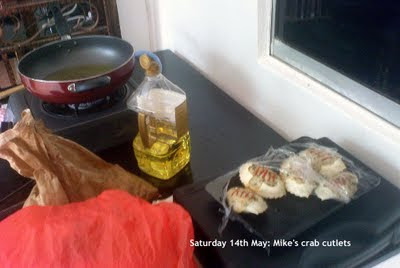 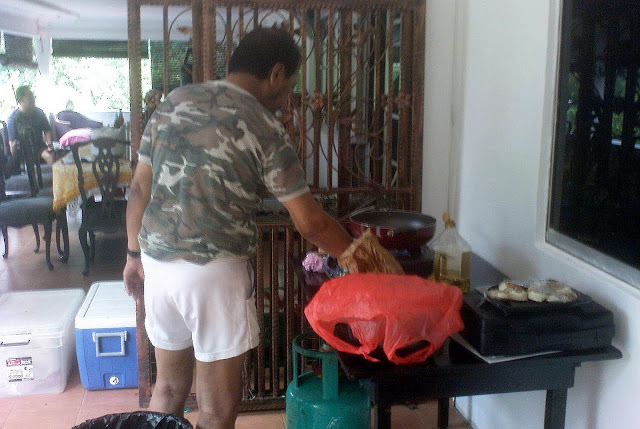 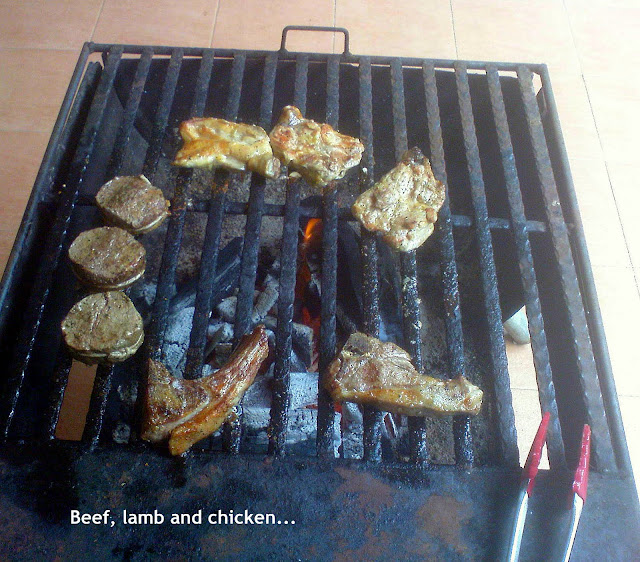 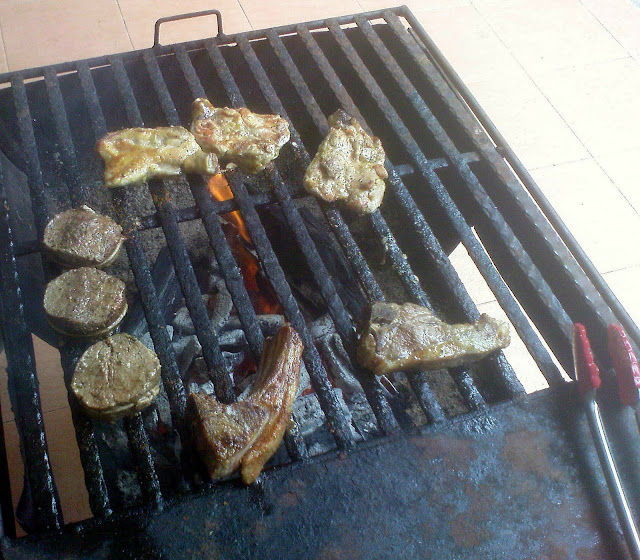 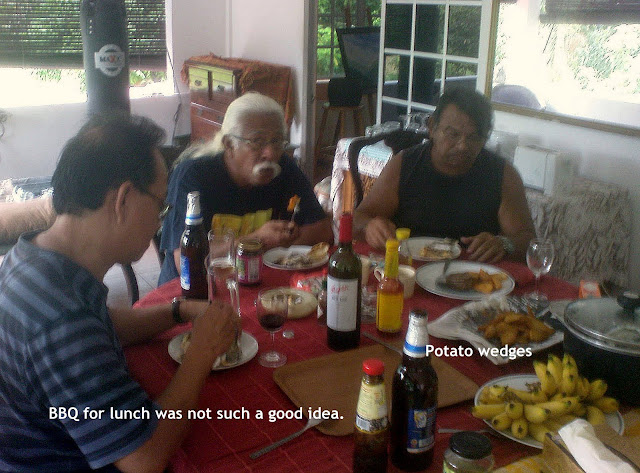 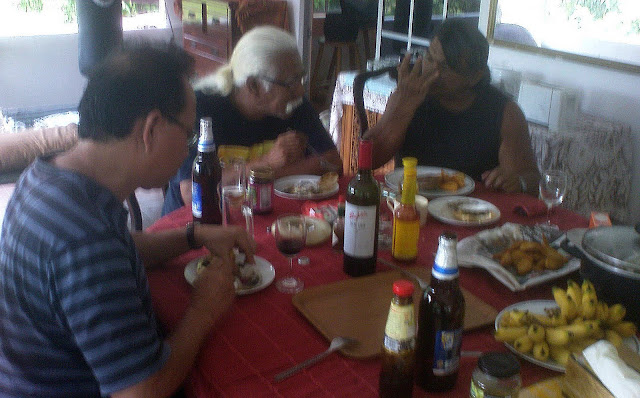 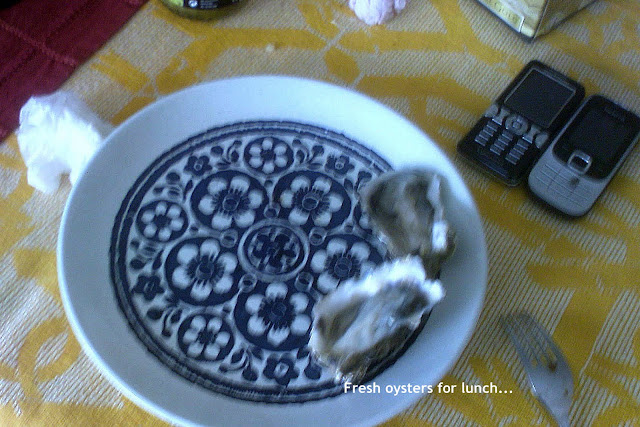 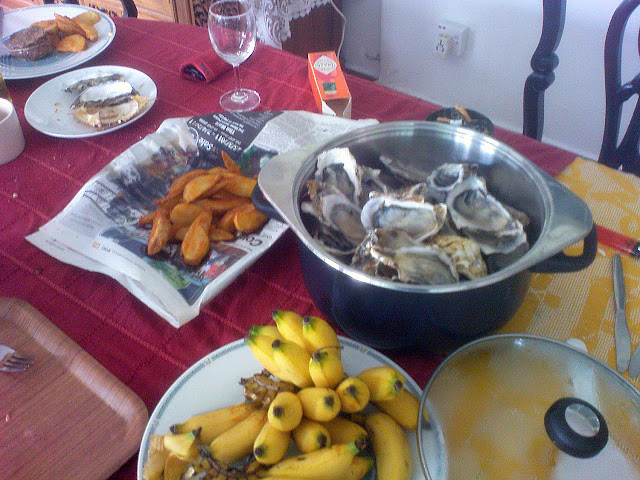 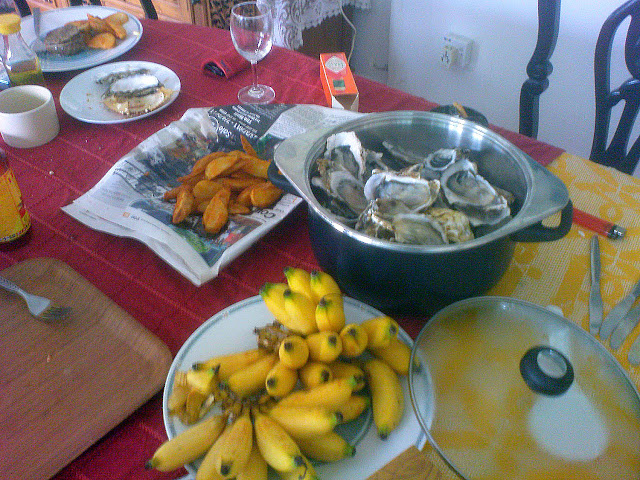 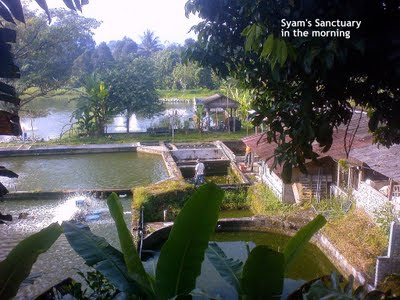 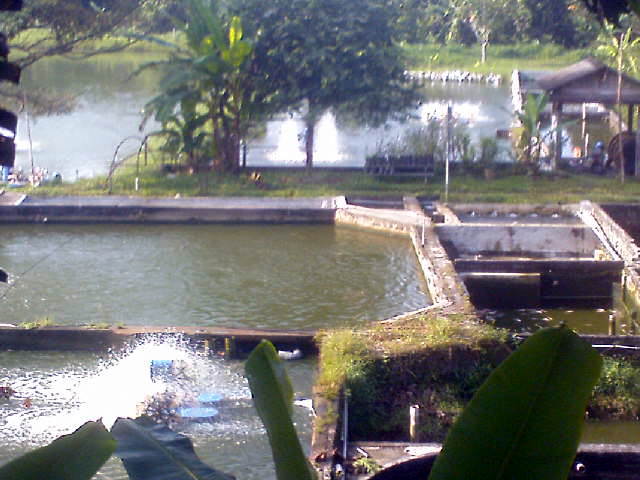 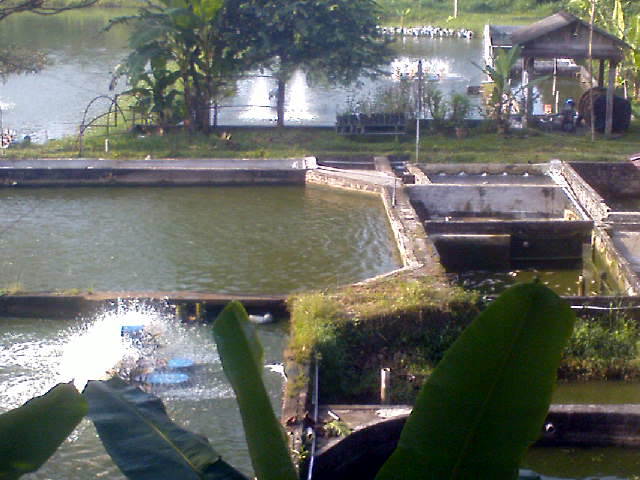 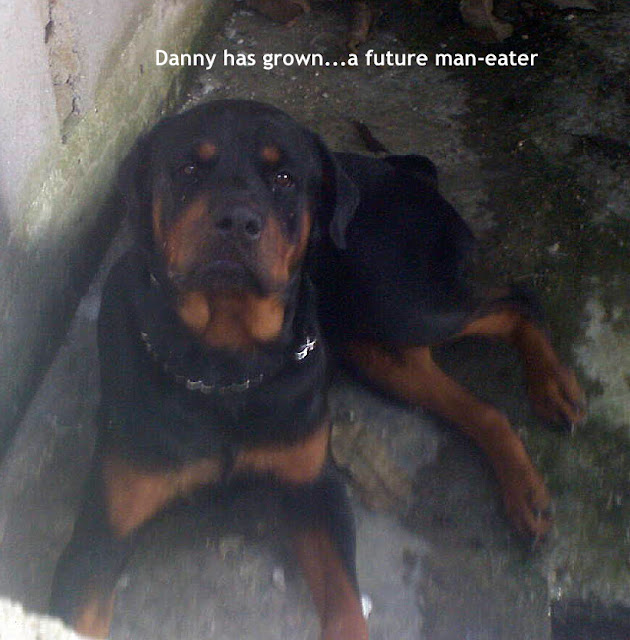 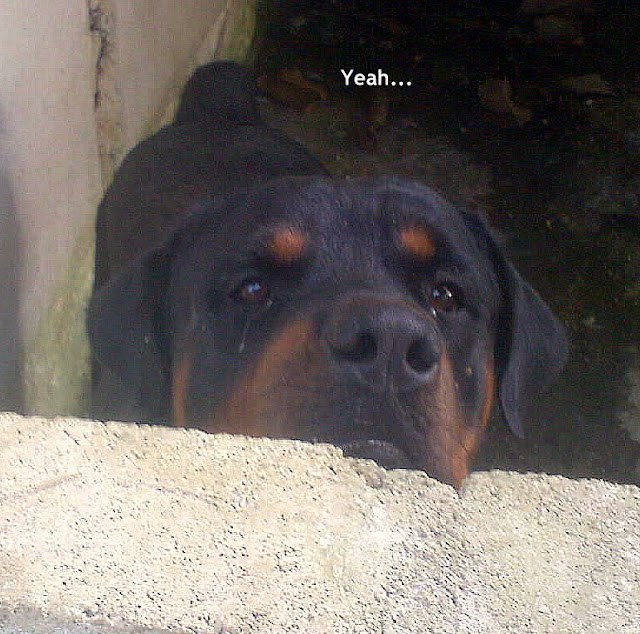 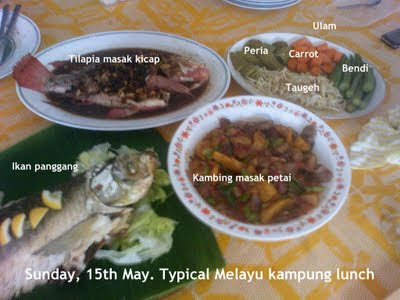 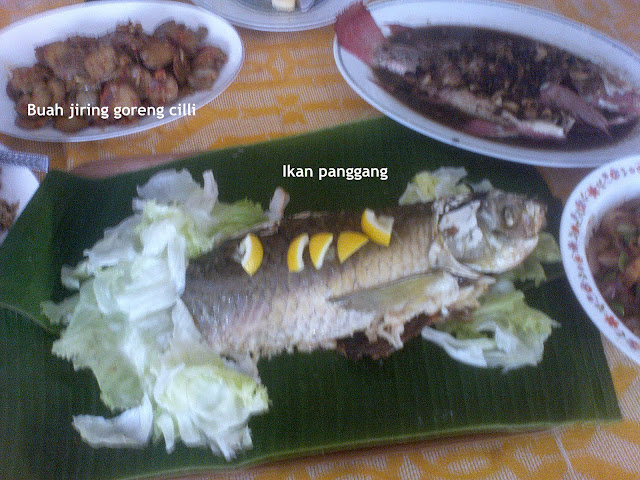 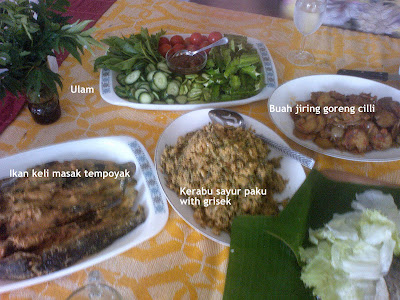 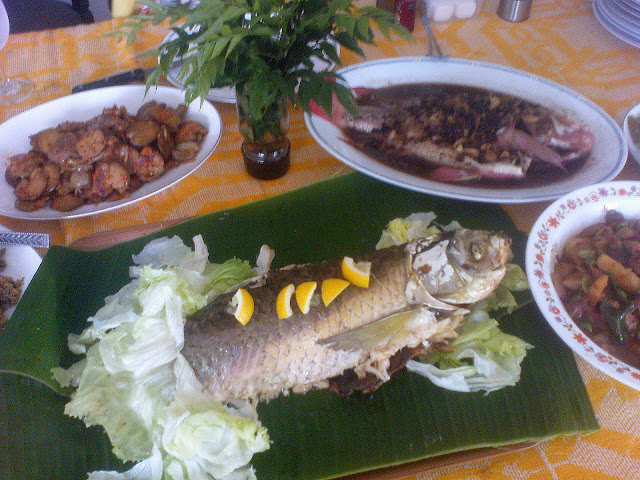 Is the future ending? Or is it beginning? Religion surely does not know but certainly "God" knows...or does It? The following is a series of 5 You Tube segments of a program, Apocalypse 2012 that was on CNBC-CBC in April 2011. This is a global cultural phenomenon that will not be at the scale it is propagated if not for the Internet.

Some say it is the end of earth as we know it, while there are those who believe it is the end of the world as we know it; with a form of a global spiritual awakening somehow linked to Indigo Children and other New Age concepts. There are also those who don't want to know. Yet, the majority dismisses it as pure poppycock. Remember Y2K? Do check out this website December212012.com and find out what some people are saying. You decide...

Email ThisBlogThis!Share to TwitterShare to FacebookShare to Pinterest
Labels: New Age, Trawled From The Net

The Truth Is In Here?

Ask your own questions...