Last Thursday, Perkasa asked Muslims to boycott the award-winning singer, claiming that the Christian lyrics of “Harapan Bangsa” insult Islam and show “insensitivity and disrespect” to those who are not Christians.

“I don't want to comment on that. They can boycott as they like. It's a free country...” Koh, who also oversees the Cabinet's special interfaith panel, told The Malaysian Insider today when asked to comment on Perkasa's move.

Following the attack on Jaclyn(picture) by conservative Muslims for the five-year-old song, government agency Department of Islamic Development Malaysia (JAKIM) and the Ministry of Information, Communications and Culture have said they will investigate the song's lyrics.

Deputy Education Minister Dr Puad Zarkashi had last week reportedly said that the Information Ministry and the Home Ministry should refer the song to JAKIM to determine if it “really touches on the issue of faith (akidah)”.

Perkasa's attack comes as religious tension continues to be stoked in Malaysia as the 13th general election draws near, with political parties sparring over the issue of hudud laws

and two MPs recently alleging that there is a plot to turn Malaysia into a Christian state.

Jaclyn had last week said the "Harapan Bangsa" song is not for commercial purposes, pointing out that it was recorded many years ago.

“I recorded that song around 2007 specially for the Christians in Sabah and Sarawak and for the churches. It was composed by a pastor with the message of Malaysia's peace. As a Christian, I don't think there's any wrong if I as a Christian sing the song,” she told Malay daily Berita Harian last Thursday.

Jaclyn also said the song should not be an issue in Malaysia, where freedom of religion is practised.

Christians form 9.2 per cent of Malaysia’s 28.3 million-strong population, with many of them in east Malaysia using the Malay language and the word “Allah” to refer to their God.

The legal tussle over the use of the word “Allah” remains unresolved, with the Catholic Church stopped from publishing the word in its weekly newspaper despite it being allowed to following a High Court decision on December 31, 2009.

This is due to the Home Ministry’s appeal of the High Court’s decision.

Last year, shipments of the Alkitab, the Malay-language Bible catering to the Bahasa Malaysia-speaking Bumiputera Christians, were blocked or confiscated at ports, before the government finally bowed to pressure.
Posted by KS Cheah at 10:50 No comments:

Why these three frogs are so like that? Must be because they are so physically UGLY to boot. 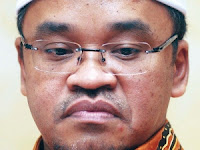 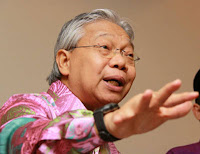 Email ThisBlogThis!Share to TwitterShare to FacebookShare to Pinterest
Labels: Idiots, My Country

World War III Has Been On The Way For Some Time Now...

How will this pan out finally?

Email ThisBlogThis!Share to TwitterShare to FacebookShare to Pinterest
Labels: AllBlacks

Email ThisBlogThis!Share to TwitterShare to FacebookShare to Pinterest
Labels: AllBlacks

See the pariah request at the end...