UPDATE: 6th May 2008. Encounters With Death - Altantuya: Another Father's Consternation

Update (6th May 2008): RPK to be charged under the Sedition Act this morning so I will replace his article here with a URL. If even a hyperlink is wrong then nothing about this whole Sedition thingy is right. The Oxford Dictionary defines the word sedition as:

"noun [mass noun]: conduct or speech inciting people to rebel against the authority of a state or monarch."

Judging from the buzz in cyberspace, it appears there will be huge public outcry because of this latest action by the government. By definition of the word, sedition, I wonder whose action contributes more towards "inciting people to rebel...".

Talking about right or wrong, I have just contributed something towards RPK's bail. Anyone who wants to do the same please check out:

The irony is that the bank account stated is a CIMB account. A true example of knowing how to keep issues separate.

Update (2nd May 2008): RPK was interviewed by Police today for his article that I cut and pasted here. Apparently he is being investigated under the Sedition Act (the Sedition Act?) and has to have his statement recorded at the balai at 4.00 pm today. So what do I do? Remove this post from my blog? Wait to see the outcome of what is unfolding? Wait for outcome of Altantuya case? Wait to be hauled up? Sheeeesh!

Last week I read in the newspapers (being stupid again, I guess) that Dr Setev Shaariibuu had just arrived again in KL and it was reported that although he was upset at first, he was satisfied with the explanations given by the AG's Chambers about the trial delays. Refer to the Bernama report (22nd April) below:

The funny thing is that almost nothing had been heard about Altantuya's father the last few months and there was even speculation that the silence had been paid for. That speculation got me upset for the fact that I too have a daughter, and if indeed a deal was struck then Dr Setev Shaariibuu would deserve to join his daughter in C4land!

The above was obviously not the case. He was not happy with the way the trial is being conducted and the apparent unnecessary delays. This time around he is like a bat out of hell (whose hell?) and his press conference on Friday, 25th April at the PKR office says what needs to be said. Apparently our government is not of the habit of replying letters from other governments. If indeed Mongolia cuts diplomatic ties with Malaysia for the reasons that it says it will, China might as well support its vassal state and do likewise; afterall isn't the Malaysian pot calling the China kettle black on Human/Civil rights violations? Check out this video:

I believe these postings are of relevance:

Trying To Make Sense Of It All (III)

I am currently reading Richard Dawkin's, "The God Delusion" and it is an enthralling book. More people should read it whether they be religious zealots in whose case it may even strengthen their faith (if that is possible), or atheists who will feel vindicated. Anyone "in between" will likely feel they have gained additional insight to justify their own slant. 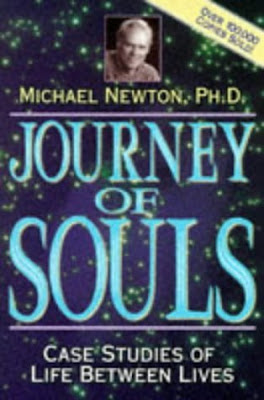 But The God Delusion is not the topic of this post. Instead, it is another book called, "Journey of Souls" by Dr Michael Newton which I am re-reading at the same time, that I am using to try make sense about what has bothered me since Jeannie's demise in July last year. The two books are virtually at opposite ends of the spectrum. The basic premise of the latter book is that we each have a spirit (soul) which came from somewhere else and will return there after our body dies. The conceptual framework of this premise is presented through a series of 29 actual case studies of subjects placed under hypnosis and their superconscious mind accessed by Dr Michael Newton. His study spanned a period of 30 years but most of the 29 cases are from the relatively recent few years. He maintains that our deep-seated memories offer a set of past experiences which are too real and connected to be ignored.

I believe the hypothesis expounded by Michael Newton is congruent with my own belief system. Since reading it for the first time, I have felt this great urge to "dissect" this book to extract the main assertions in a more orderly and abbreviated form that allows me to use in my conscious thought. The best way I felt was to summarize the whole book as it is written. This post is a work in progress (until I complete the exercise) in that direction. As I complete summarizing each chapter, a link will be added to the respective chapter title in the contents table below.

It has been my long held opinion that in the ultimate analysis, uncertainty is the biggest cause of unhappiness in humans. Uncertainty about the after-life is also a big reason why people turn to the religions of the world. I am not a God fearing man but thoughts about the nothingness of death which will end all associations with family and friends are still dreadful to me. Somehow, to me, spending an eternity in a religious hell or heaven does not seem plausible. For many years, the thought of dying did make all my earthly goals seem futile; if death were to end everything about us, then life indeed would be meaningless. However, Michael Newton's postulation provides new significance.

Many works of the genre deal with near death experience (NDE) where people who have temporarily died and then came back to life to tell about seeing a long tunnel, bright lights, and even encounters with friendly spirits. The pioneering findings of Dr Raymond Moody (Life After Life) was a landmark work yet Journey of Souls (JOS) outstrips it by far. JOS is an intimate journal about the spirit world; it describes what transpires for souls before they finally return to Earth in another life. Life Between Lives (LBL) so to speak.

The contents of the book are in 15 Chapters as follows:

Today is April 4th, 2008 and the date 4th April (apart from being the official date designated for Ching Beng) somehow has great significance in my life. In 1981, it was the day I was involved in that horrendous life-changing car accident and in 1985, it was even more significant.

My schoolmate in Form 6, Ruth Jayaranee Naesarajoo was working for Avon Cosmetics at the time and she was in town for an Avon sales managers convention. We had planned to meet up and on that fateful Thursday in April 1985, I went to visit her at her hotel in PJ. Ruth was a phone addict (I am sure she still is today) and as usual, she was on the phone when I knocked on the hotel room door. Her room mate opened the door. I did not know then that this would be the woman I would spend the next 22 years of my life with.

Today, is another first in 2008; the 4th of April 2008 is the first time Jeannie and I would not be celebrating this "anniversary" together. 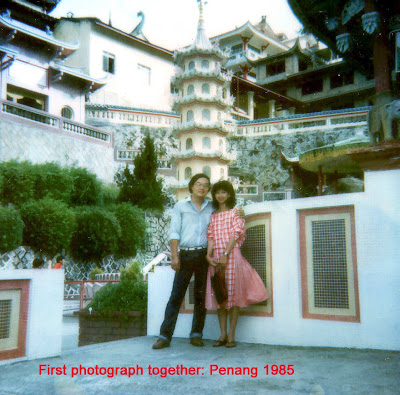