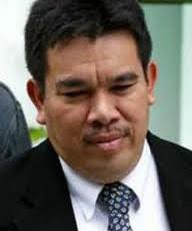 I come from a school called King Edward VII in Taiping and we call each other Tiger this and Tiger that because the tiger is a big part of the school emblem. We are fiercely loyal to our alma mater and to each other when it comes to comparison with other secondary schools.

The first time I met Tiger Datuk Abdul Razak Musa in person was about a year and a half ago in an old boys meeting at the Curve, PJ. The OBA was looking for someone of integrity and standing to chair a committee for a proposed trust fund for the old school. I was his senior at school and therefore did not know him well personally. He was a quiet and unassuming man; did not talk very much that day. It was certainly not the first time one of our own has risen to a position of distinction but nevertheless we were proud of his achievement.

At the time, the MACC was already very much in the public spotlight and the skepticism about its impartiality was already apparent. In any case, Tiger Abdul Razak Musa is one of our own so we MUST give him the benefit of the doubt!

We did not meet again after that first time but I did notice him in the news occasionally. However, in the last couple of weeks he has suddenly shot to fame in the Teoh Beng Hock inquest for all the wrong reasons.

I followed the proceedings that fateful day (18th August, 2010) on the Malaysian Insider tweets and remember cringing at the words that were being reported almost real-time. Obviously he was doing his job by trying to discredit Dr Pornthip Rojanasunand which is supposedly as good a strategy as any. It was the way he went about doing it that was surprising. He had instead ended up discrediting himself, the MACC, our education system and worse of all the nation! I remember thinking this shit will hit the fan and with all the bad Press thereafter, I refrained from watching the video of the incident more so out of Tiger loyalty and deference than anything else!

This morning, I chanced upon the series of court videos and decided to watch them. After that, I am even more appalled by Tiger Abdul Razak Musa's performance. Maybe he would be more comfortable if he had used Bahasa Malaysia instead, but it was not all about language. He appeared clueless! Not only did Dr Pornthip's answers make mincemeat of his questions, it reminded me of an Asian Schools Rugby Tournament game I played in, in Hatyai, December 1978. Eventual champion, Thailand's Vajiravudh College beat us soundly and thoroughly!

You judge for yourself:

Email ThisBlogThis!Share to TwitterShare to FacebookShare to Pinterest
Labels: Alumni, Humor, In The News, My Country, Stupidity, Trawled From The Net

I've never been more ashamed of being a Malaysian than today.

He is a laughing stock to our country.Most of what he said doesn't make sense to me at all.And he claimed that he has been in lawyer profession for 24 years. I doubt that.

i think he was trying to confuse everyone in court, yet somehow confused himself instead!!

This is sad.... how in the world did he even become a lawyer... let alone a head of the prosecution team.... appalling!

Is this the smartest lawyer there is in Malaysia? Get a smarter guy to change our doctor. Dont put this dumb arse in a court for god's sake.

How did this clown even make it pass junior school.

I was talking to some of Razak Musa's class/hostel mates and they know Razak is a competent man and that English language is not really a problem for him. He is also a pious and sincere man.

The problem they think is because maybe Razak Musa is finding it difficult to sell something that even he would not buy himself. Bottomline is; he may not believe in his own product!

Tahu lah bro...but some of our bros think it is not about command of language. For some reason, his heart may not be totally in it. I somehow suspect political sharks are constantly circling around him. Have seen it before in an actual case a few years ago.

Anyway, I wish him well and hope his career will not take too much of a knock with this episode.

This is exactly what happens when you stubbornly dictate the education system with mediocrity instead of meritocracy. Wait, this is not even mediocre at best, it is just appaling. Also another reason why the government's apparently populist decision to revert the education system back to Bahasa Malaysia would only pull the country down into the gutters, if it is not already at the bottom.

As a matter of interest I am reproducing the following comment from our old-boy eGroup which I have edited for confidentiality:

"Of course I don't have to tell you bro that the best legal minds are in private practice, and that is why you have Gani Patail who is essentially a bad joke. It is the same with our Doctors of Medicine. Go to Selayang Hosp and see the crap!!

Razak could have disarmed the Thai Dr by saying:

Razak must open his script by saying that, " Kunying, you are a brilliant pathologist, most loved in your Country, please allow me to ask you, if I may, a few question as it is my duty to do so. Karp Koon Mah kah"

Then, in the simplest and precise English cross examine her for the answers that Razak needed.

The Thais are very proud people. We look down on them coz their invisible export is prostitution, but upper-class Thais like Pornthip are really special. They think we are rubbish.

In essence, Razak is a stupid man with extremely limited know-how. Malaysia bodoh!!

Perhaps this other post in the old-boys eGroup can settle this:

"This is the coup de grace. We can now bury the mishap."

Look at the big picture. The corrupted politicians in power don't want anyone with a brain bigger than a pea to head the legal team in MACC. It'll be a walk in the park if they do eventually get prosecuted by MACC.

It's a sad fact that the country's pride, reputation and the ensuing whatnots are being shoved down the drain just for the short term gain of these corrupted leaders.

PS: My mother was in tears (happiness) when I told her my Singaporean PR got approved last weak.

Icing on the cake for Mooh's melayu first govt...obviously preparing himself to breaking every law in the book come July 13th using this dumb tiger....have some integrity...let the tiger out of the school emblem before it claws itself to death ...