Going At The Core-The Right Of Belief

I remember I was in Standard Four or Standard Five (1969 or 1970) when the Rukunegara (national principles) made its first appearance in schools. There was also that ominous public warning - "Jangan Sebar Khabar Khabar Angin" or "Do Not Spread Rumors" in the mass media immediately after May 13, 1969.

The minds of Malaysians were in a spin then; May 13 had proven we are capable of causing great harm and grieve to our brethren of other races. There was no longer that quiet confidence in the national psyche that Malaysians are a peace loving people who will avoid racial riots at all cost. We had crossed that line. It did not matter whether or not manipulative politicians sparked the riots, Malaysians had shown we are capable of mass slaughtering our own.

It must have been tough being a Malaysian adult in Malaysia during those uncertain times and I can imagine the concerns and issues my parents faced. All of a sudden our Uncle Khir, Uncle Radzi, Uncle Ja'al, Uncle Mokhtar, Uncle Yahya and all other close family Malay friends were supposed to be part of a disenfrenchized majority who were "weak". To us they and their families were our friends and "equals" but the end of "colorblind" days had started.

Nevertheless, the cruelest joke must be the following scenario: My parents' generation was "told" as non-Malays they held an edge over their Malay friends and that they had taken too much of the economic pie so now, they must agree to be marginalized so that their Malay friends can "catch up". For the sake of peace and security my parents had no issues with that, even if they never had much choice in the matter. Today, the Malays who have so-called "caught up" are part of another strata of Malaysian society altogether and most are not even interested in being our friends anymore. Today, forty years later and on my watch as an adult in Malaysia I hear drum beats sounding "Ketuanan Melayu" (Malay Supremacy) and my family still faces threats of civil unrest. I look around me and I see Malaysians of ALL races who have been disenfrenchized!

Where has the affirmative action policy taken us? My opinion is that it could have taken us much, much further as a society and a nation. If only, if only, if only...

The Rukunegara was one of the first products of a nation in distress back in 1969/70 and it was meant to foster unity among Malaysians. The Rukunegara:

WHEREAS OUR COUNTRY MALAYSIA nurtures the ambitions of:

NOW THEREFORE WE, the people of Malaysia, pledge to concentrate the whole of our energy and efforts to achieve these ambitions based on the following principles:

I remember reciting it in my school days, I hear it being recited till today. But though I have my opinion as to which dogs the stated principles have gone, I have never felt comfortable with especially one of the principles; BELIEF IN GOD. It is not because of whether I believe or do not believe but, why can anyone tell me to believe? In this context, the following article by Ahmad Hafidz Baharom in Nut Graph is a wonderful read:

The constitutional right to unbelief
5 Dec 08 : 9.00AM
By Hafidz Baharom
editor@thenutgraph.com

THE Rukunegara's first principle emphasises belief in God, in case anyone has forgotten.

In our Federal Constitution, Article 11 upholds freedom of religion.

Personally, I view both items to be out of touch with the rakyat of today.

During a recent roundtable on the future of this country, I said that as a democracy, Malaysia is not moving fast enough to bring its laws, concepts, and constitution into the 21st century.

For example, we amended our Federal Constitution to include the concept of gender equality only in 2001.

Going back to what the Rukunegara and constitution say about God and religion — do we have a problem with people who don't believe in God altogether?

Is there an absence of morality among these citizens?

If not, then shouldn't Article 11 be reviewed and amended to uphold freedom of “belief”?

Accordingly, shouldn't Article 8 then also state that there shall be no discrimination against citizens on the ground only of belief (instead of religion), race, descent, place of birth or gender? 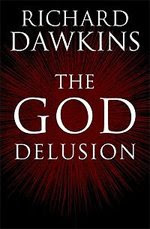 In this day and age, when a book like The God Delusion is widely available to the masses, the matter of religion should be a private one. Therefore, it should not be used in the scrutiny of laws, concepts, or even the Federal Constitution for that matter.

Personally, I don't see a problem with people not believing in God. I mean, God has been used as an excuse for bigotry, bias, irrational behaviour, misguided education, and even suicide.

Religion is also being used as a tool for idiocy.

For instance, how can you use religion as an excuse to ban a healthy activity like yoga?

Or to tell women how to dress, so they don't look or act too much like men?

Frankly, I'll just focus on my religion, Islam, in this rant of mine. Because apparently, if you criticise someone else's religion you can be detained without trial and fed food fit for dogs.

In Islam, there is a concept called amar ma'ruf, nahi munkar which basically means “practising good, rejecting evil”. And this is of course congruent with the teachings of other religions.

So how could Muslims say that ours is the only correct religion in the world and the hereafter, and yet won't even hold inter-faith dialogues to argue why we believe this?

In fact, some of us were so scared that we held protests in Penang when the umbrella group of non-governmental organisations called Article 11 held a forum there in 2006.

So you can forgive me for getting the shock of my life when I read the article Overcoming religious sensitivity by Md Asham Ahmad of the Institute of Islamic Understanding Malaysia (Ikim). The shock, of course, comes from the fact that Ikim is finally asking for people to be less sensitive towards the issue of religion. Asham says:

“It is senseless to restrain people from the urge to know and understand the environment in which they live. It is akin to reinforcing ignorance, which is actually at the root of fanaticism and racism. Instead, why don't we make discussion concerning religion something interesting, enjoyable, and beneficial to all?”

And then he continues:

I honestly think the same also applies for discussions on laws pertaining to religion. 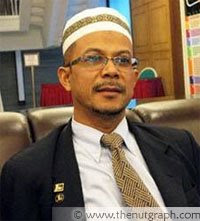 When the Bar Council recently held a talk to discuss the laws involved in religious conversions, again it was certain Muslim groups who somehow saw this as a threat to Islam.

One of the protesters was Parti Keadilan Rakyat Member of Parliament for Kulim-Bandar Baru, Zulkifli Nordin, who was recently interviewed by The Nut Graph. Zulkifli's positions on Islam have been contradictory, at best, and downright hostile, at worst.

I find the views of religious conservatives truly out of touch with the times.

For example, instead of having events and concerts banned for every single person, why not just advise Muslims not to attend these events, and let them come to their own conclusions?

Why instead disrespect the non-Muslims who want to enjoy such entertainment?

Are we, as an entire nation, not supposed to cater for the entire community, and not just to Muslims?

Even then, by disallowing Muslims to attend such events, are we actually stopping immorality?

Sure, you ban an Inul concert, but will that actually stop people from viewing her gyrations on a VCD, or even on YouTube?

Are the numbers of mat rempits, drug addicts, rapists, and robbers somehow decreasing with this new-found zeal in moral policing?

Religion is, without a doubt, one way of enforcing a person to live a moral life. However, most religions forget or totally disregard that biologically, human beings come with a brain capable enough of helping them make moral decisions of their own. 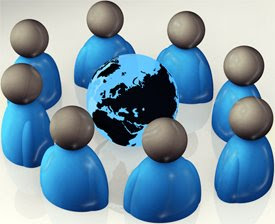 Religion needs to be discussed to foster understanding

Didn't the prophet Abraham wander the earth, looking for a God to worship before he came to the conclusion that God wasn't there, but all-encompassing?

Even the so-called guardians of religion are not without fault. I mean, since the Mufti of Perak forwarded an SMS alleging the apostasy of mariner Datuk Azhar Mansor, isn't the mufti himself guilty of fitnah (slander)?

With this in mind, I think people should seriously consider first following religious edicts themselves, even before going about using religious injunctions against any other human being.

Thus, I also think the Rukunegara and constitution should be amended to include those who may not believe in God, but are moral enough to be courteous compared with some “defenders of the religion”.

Email ThisBlogThis!Share to TwitterShare to FacebookShare to Pinterest
Labels: Excerpts, History, In The News, Interests, My Country, Politics, Socio-Political, Trawled From The Net