Read Malik Imtiaz Sarwar's blogpost below on why the Election Commission Chairman and his deputy must resign. Conflict of interest it seems. But then again, what else is new? Come to think of it, the Election Commission is just as important as the Judiciary in countries where the Executive reigns supreme. Will we ever run out of highways to build? 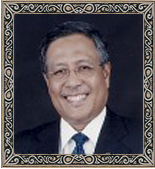 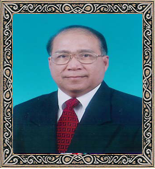 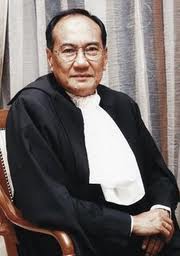 The Chairman of the Election Commission and his Deputy must resign immediately. In the wake of accusations by the Opposition that they are members of UMNO, they have admitted the same.

It is self-evident that they can no longer hold their positions as the head and deputy head of the Election Commission, a body established by the Federal Constitution for the sole purpose of ensuring that the general elections of the Federation and States are run in a manner that ensure public confidence. Put another way, as has been consistently emphasized by the Coalition on Free and Fair Elections, the Election Commission must act in a manner that is seen to be impartial.

That the perception of impartiality is of crucial significance is underscored by Article 113 of the Federal Constitution, the provision which establishes the Election Commission. 113(2) provides:

It is manifest that a member of a political party that will participate, or which may potentially participate, in any general election cannot be made members of the Election Commission. The fact that they are members of a political party is indicative of their political loyalties being to that party. This creates an obvious conflict of interest. This is reinforced in situations where the party Constitution requires allegiance, as I believe the UMNO constitution does.

In the context of UMNO, this issue takes on added significance. Accusations have been made that the Election Commission has conducted itself in a manner that lend to an impression of bias. Leave aside the question of whether there is actual bias, the fact that there is an apprehension of bias is in itself sufficient for concerns to have been raised. To this it must now be added that the Chairman and Deputy Chairman of the Election Commission have been revealed to be members of UMNO. This will only fuel further speculation of bias. This in turn will add to an already high degree of resentment amongst voters about the way in which they perceive the electoral process to have been manipulated.

It is no significance that the Chairman and the Deputy Chairman were not active members or had forgotten that they are members. The fact that they are members is in itself sufficient to create the conflict of interest. One wonders whether they would have been endorsed by the Conference of Rulers and appointed by the Yang di-Pertuan Agong (as is required under Article 113(1)) if this fact were known.

In the circumstance it appears that there is little choice in the matter. The Chairman and the Deputy Chairman must resign. It cannot end there though. The Government must take steps to convince Malaysians that measures that have been taken thus far with regard the imminent General Election have been consistent with the highest expectations of a clean and fair election. If the Government calls for a General Election under this cloud, then it will reinforce the belief of many Malaysians that the electoral process has been hijacked.
Posted by KS Cheah at 11:06

Email ThisBlogThis!Share to TwitterShare to FacebookShare to Pinterest
Labels: My Country, Stupidity, Tongue-In-Cheek