Now can we all just dump the "Ketuanan Melayu" (by the way, there is no such word in the Constitution) shite and move on with Ketuanan Rakyat? 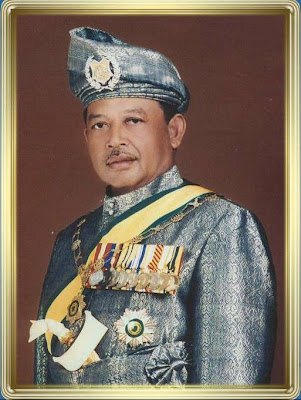 
The ruler said some Malaysians were making a big issue of the "ketuanan Melayu" issue and asking that supremacy or rights be given only to a particular race.


"It is very unfortunate to see these self-interested parties raising sensitive issues which could dampen the spirits and hopes of millions of people. In Malaysia, every race is tuan," he said in his speech at the launching of a seminar on the Federal Constitution here. The seminar was jointly organised by the state government and the Biro Tatanegara.


The Raja of Perlis reminded everyone that no individual should be deprived of his rights and that sensitive issues should not be raised in a multi-racial country like Malaysia. "Sensitive issues and disharmony in society will only bring harm to the country," he added.


He said after 51 years, there was an understanding between the royal houses, leaders of all races and political parties in the country on the multi-racial character of the nation.


"This understanding is referred to as a social contract. It is to ensure that every race lives in harmony. The rights of every individual and race cannot not be taken away and at the same time Islam will remain the official religion of the country."


The Raja of Perlis said the role of the Malay royalty should be upheld as they had played the most significant role in defending the rights of the people. He said it was the responsibility of the royalty to ensure that everyone lived in harmony.


"Today, many individuals redefine the social contract in the Federal Constitution in their own narrow-minded way for personal objectives.


"I believe that if everyone understands that every individual of any race, should not be deprived of their rights, then the efforts of certain parties who think that the supremacy or rights should only be given to a particular race can be stopped," he said.


The ruler hoped that the contents of the Federal Constitution will be clearly understood by all, including the leaders of political parties.
Posted by KS Cheah at 01:03

Email ThisBlogThis!Share to TwitterShare to FacebookShare to Pinterest
Labels: My Country, Politics, Socio-Political, Trawled From The Net