It's The Bloody Speculators!!

Saturday June 14, 2008
Potential puncture in the oil bubble
by S.DALI
ACCORDING to Shell Oil president John Hofmeister, the “proper” range for oil should be somewhere between US$35 - US$90 a barrel.
Based on that statement and assuming it’s more or less accurate, what do you think we should make of the current oil price of US$130 - US$140 per barrel? How much of the spectacular rise in oil is due to speculation? That is important to determine as excessive speculation could basically drive prices much higher than its real demand-supply equilibrium.
Open interest in WTI oil futures has been growing exponentially at 18% per annum since 2001, thanks to the entry of non-commercial players. The entry of more non-commercial players and speculators generally mean they would be on the long-side of the futures and options. 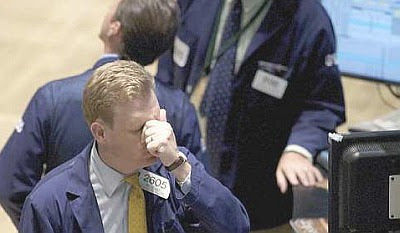 I agree with you about these. Well someday Ill create a blog to compete you! lolz.