The Country Of My Children? 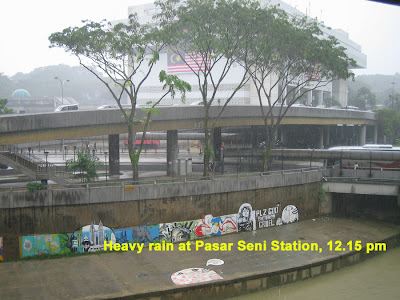 The gloom in the air was matched by the dreadful weather. I had parked at KLCC and taken the LRT to Pasar Seni Station. The rain was really heavy and I was stuck for a while at the station. When it eased a bit, I managed to get some lunch before going to a cybercafe to post the earlier post.
Later I was in the vicinity of Dataran Merdeka around the Jalan Tun Perak area to observe first hand the BERSIH Rally.
The rally did take place and there were tens of thousands present and now hours after, it has become an indelible mark in the history of our country. This was a march of Malaysians. There was no sign of opposition political parties except for the various known personalities present and it would be a shame if this is ever spun as an "Anwar Rally"! It is not about Anwar!
This is supposed to be the country of my children. I feel sad that Malaysians of all races had to take to the streets to demand accountability from their government. How did it come to this?? Why did it have to come to this??
It was a peaceful rally and it was not even a very noisy one too. Personally I did not feel I was in any danger of bodily harm (apart from the tear gas in the air later); indeed the ambience was such that the usual shopping crowd in the area went about their activities seemingly without a care in the world. The police should not have provoked the crowd at Masjid Jamek with the water cannon and tear gas. As far as I could see it was totally unwarranted as the crowd was merely emerging from the LRT station and could move no further due to the police cordon. The officer who ordered it should be reprimanded! Apart from that incident, to be fair to the police they did act with restraint; I did not see them baton charging the crowd and they mostly stood at their positions.
The PM has to come out and make an appropriate statement because this was the peaceful march that he said yesterday was impossible. He was ill advised to make that arrogant "Saya Pantang DiCabar" statement because the statement has now been modified to "Rakyat Pantang DiCabar". Certainly, this cannot bode well for his image.
For their part, the organizers of the rally should have endeavored to deliver whatever memorandum they wanted to deliver to the Agung as early as possible and not expose the crowd to the chemical laced discharge of the water cannons and the tear gas. Judging from the crowd present today, surely their message has been "felt" by the government.
As for the government, it must acknowledge that there are problems and there is dissent amongst the rakyat. It has never been more urgent for the government and the people to work together as the nation faces greater challenges from without. Yet, Malaysians have to take to the streets to be heard. Whatever the issues, the government has to act and be seen to act; or at least be seen to be listening. What forced the rakyat to the streets can only be the apparent lack of any other avenue to be heard and trust in mainstream media is fast evaporating; the rakyat is fed up of spin.
I do not think Malaysians are demanding a change of government but are looking for more responsible and transparent governance. I am more inclined to think that this march was more of an appeal to the government and not a revolt. The big question is, "What now?". What can or will the Agung do? One thing is for sure, the spin has to stop and dear Mr PM, the buck stops with you. 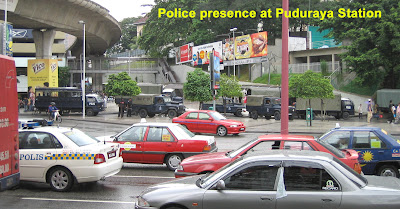 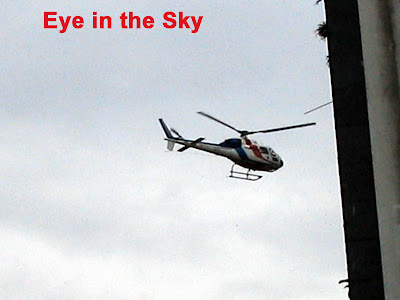 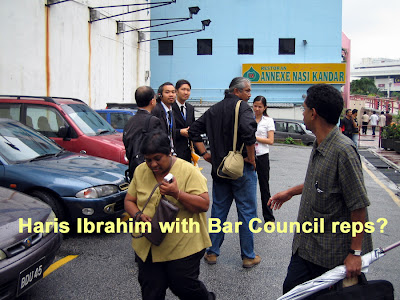 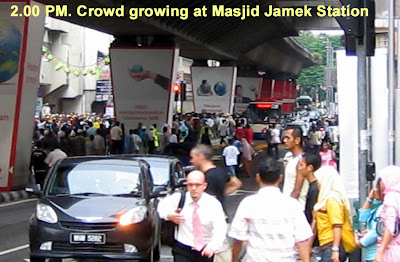 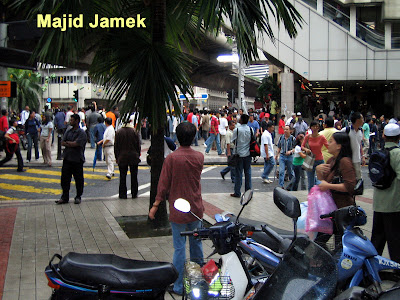 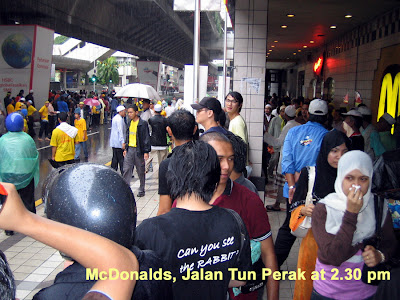 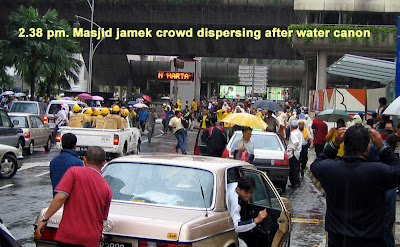 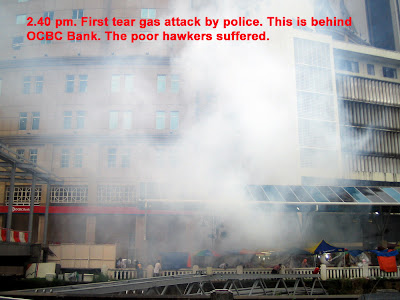 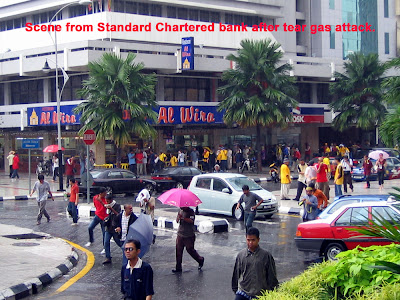 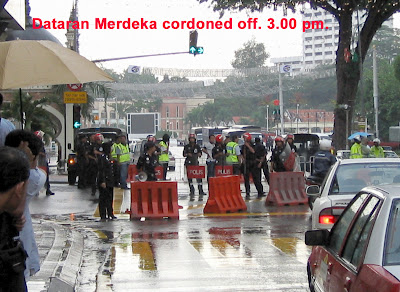 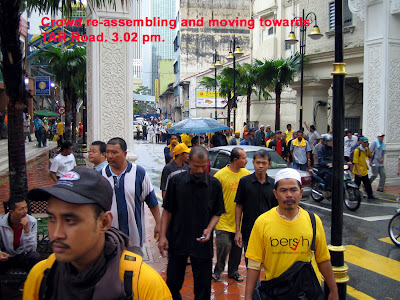 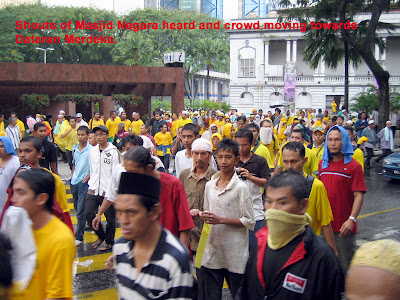 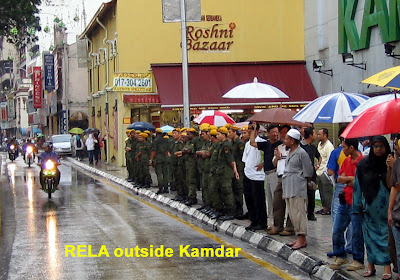 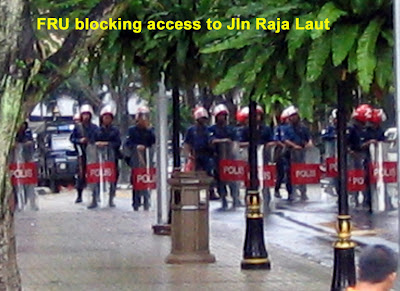 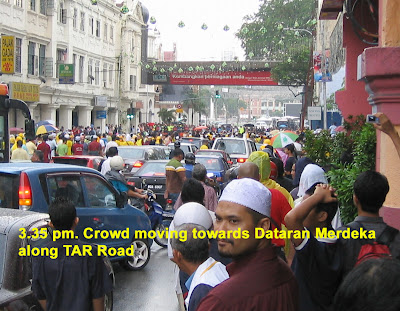 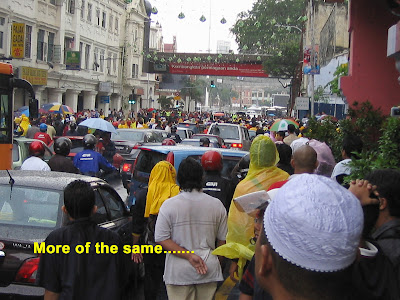 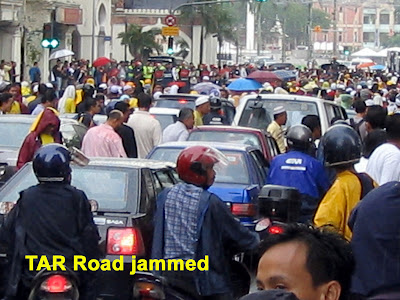 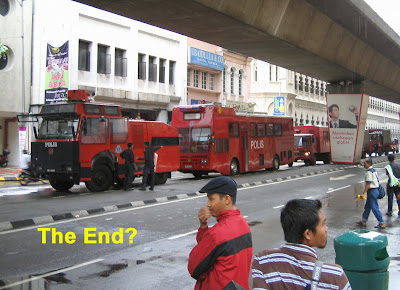