Liverpool FC is on song! Top of the English Premier League table for the first time in 5 years. Could this be the beginning of the kind of consistency that will bring the Premier League title to Anfield? The picture would have been better if referee Rob Styles had not given that contentious penalty which allowed Chelsea the 1-1 draw!

Anyway, this year the squad has the depth to mount a serious challenge for the league. Being a Liverpool FC fan since 1969, I have witnessed the glory days of the club in the 70s and 80s when most so-called Liverpool fans in Malaysia today were hardly old enough to kick a soccer ball! I am from the Tommy Smith, Emlyn Hughes, Ian Callaghan, Roger Hunt, Ian St John, Chris Lawler, etc. Bill Shankly era just before the Ray Clemence, Steve Heighway, Larry Lloyd, John Toshack, Kevin Keegan, Phil Neal, Phil Thompson, Ray Kennedy, etc. days under Bob Paisley.

Ray Clemence was my idol when I played goalkeeper for Perak schools in 1976! Those days, football fans actually played football unlike now when everyone seems to be a pundit but hardly ever touched a football let alone kick one.

Many Malaysian Liverpool fans only know of Kenny Dalglish in his later years as player and manager and not as the young replacement for Kevin Keegan who had left for Hamburg SV. Not many remember Liverpool's pedigree in Europe really only began after winning the UEFA Cup by beating the Gunter Netzer powered Borussia Monchengladback 3-2 on aggregate in 1973. "King" Kenny cost only £500,000 from Glasgow Celtic in 1977 and you cannot even buy a reserve player for that price today. Steven Gerrard earns that in a month! 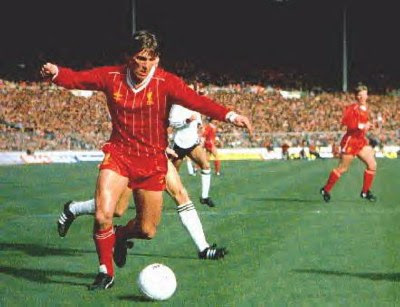 The decade of the 80s was undoubtedly the greatest era for Liverpool FC although before the 2005 Champions League victory (and the 2006 Final) Liverpool's last dominance in Europe ended two decades earlier in 1985 with the 0-1 loss to Juventus at Heysel Stadium that also saw the crowd stampede tragedy.

English clubs were subsequently banned from Europe for 5 years. Essentially the same squad continued to dominate the English League under Kenny Dalglish as manager until 1989-90 and the death knell was sounded when Graeme Souness replaced Dalglish in 1991.

Now more than one and a half decades later, are we witnessing a REAL resurgence? Only time will tell. This is the first time after so many years a die hard fan like me can see a flicker of that Liverpool "swagger" in the team play. The confidence will grow with each good result and this time around there is cover for most positions so injuries will not critically affect the shape of the team. More importantly, they are again scoring goals almost at will. Hopefully I can recover some of the betting losses over these last few years!!

You Will Never Walk Alone!
Posted by KS Cheah at 02:05

Email ThisBlogThis!Share to TwitterShare to FacebookShare to Pinterest
Labels: Sports

Ya, Liverpool is impressive this season, hope they will keep it up. I'm not a fan of any particular team, but wife seems to like Chelsea since late 90's, she likes the song.

BTW, 70% of French polled believe that they have a good chance to win RWC.

The Froggies are the host and one can never write-off the home team. Paul and I are All Blacks supporters but they have failed to live up to the favourites tag since winning the inaugural tournament in 1987 when they beat the French in Auckland.

The French were losing finalists again in 1999 so their record of 2 finals out of 5 is impressive. In the run-up to the RWC, the touring French side lost to the All Blacks by a record score of 10-61 in June but past laurels count for nothing in a World Cup.

It should be an interesting tournament this year and watch out for the Springboks; they have some good young talents breaking through the ranks and the Boks always are always dangerous during the knockout stages.

Chelsea before Mourinho's leadership and Roman Abramovich's billions were never spectacular. I have watched them since the late 60s when they had players like Peter Osgood up front and Peter Bonetti in goal. Yup, they have a good rallying song. Chelsea! Chelsea! Chelsea!