Bangsa Malaysia Merdeka Get Together @ Bloghouse 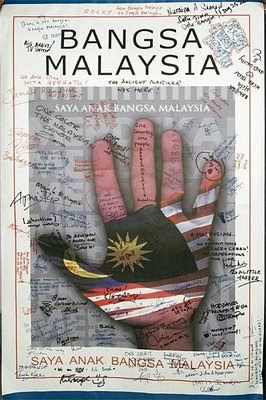 Last evening I attended the above gathering at Bloghouse, located in Damansara Heights. Bloghouse is the clubhouse of the recently formed National Alliance of Bloggers (All-Blogs) which was belatedly set up after bloggers Ahirudin “Rocky’s Bru” Atan and Jeff Ooi (Screenshots) were sued by the NST for defamation.

As an association where membership is not only limited to socio-political bloggers, All-Blogs was set up in advocacy of item 7 of the MSC Bill of Guarantees; no internet censorship. Membership is open to all bloggers. The idea of Bloghouse was to give All-Blogs a physical home. 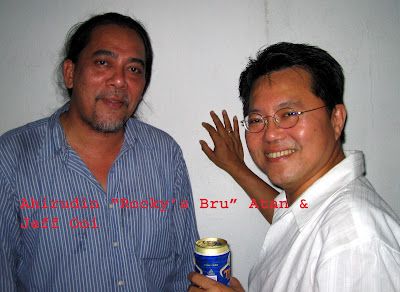 A forum/workshop, “Bangsa Malaysia: The Way Forward” which started at 5.00 pm preceded the gathering and I was among the 30 or so invited. Initially, I felt out of place and was wondering what the hell I was doing there until I met another orang Taiping; georgy porgy Bernard Khoo (Zorro Unmasked), the oldest blogger there (born 1940) was one of the scheduled speakers.

Although there was an itinerary, the function was by and large devoid of formalities. After the forum, I reckon there were finally more than 100 people at the gathering. It appeared to be a pot-luck arrangement by the organizers for the food and drinks but what surprised me was the fridge stocked with beer for all. 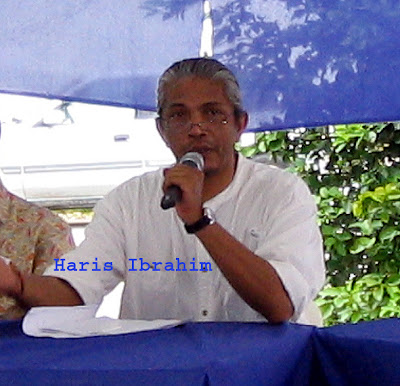 Overall, the ambience and conduct was reminiscence of a typical Taiping get-together. The multi-racial crowd was definitely a gathering of like minded individuals and I was tempted to think that this was going to be another “preaching to the choir” initiative that was going no where in no time. Many of those there seem to be familiar with each other and the camaraderie was clear.

As the forum/workshop progressed, it became apparent that this “bloggers united” cabal was serious about realizing their dream of a Bangsa Malaysia identity. This was an inaugural event and there are plans to have road shows in all major towns throughout the country. This was a ripple with an ambition to be a tsunami; influencing the social landscape and demography of the nation. The two objectives of the forum were to attempt to create an acceptable profile of Bangsa Malaysia and to discuss potential obstacles to the realization of the Bangsa Malaysia ideal.

The brainstorming session was a prelude to the formation of Haris Ibrahim’s proposed PELITAR (short for Penyayang Legasi dan Inspirasi Tunku Abdul Rahman) with its complementary constitution, mission statement, operational structures, etc. As the name suggests, the organization draws inspiration from Bapak Malaysia. PELITAR is targetted to be the formal identity of the Bangsa Malaysia movement to carry the aspiration to other parts of the country. While yesterday’s get together was more a fellowship session, concrete plans are in place for a wide scale awareness campaign which apart from road shows includes a new website and an e-group to aggregate feedback.

Also launched yesterday was "Project Irrelevant"; a campaign to encourage all Malaysians to state "irrelevant" if asked the "sex" and "religion" questions, and to answer "Bangsa Malaysia" to the question of "race" when filling in official forms. Quite an ingenious "mind-set" campaign actually. 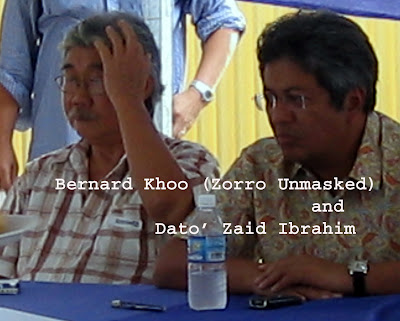 Bernard spoke on the historical background of the nation post 1945 focusing on how all races suffered together during the process of nation building. He shared some of his personal experiences growing up in Taiping during the Japanese Occupation and during May 13, 1969.

Dato' Zaid Ibrahim emphasized the protection of the nation’s Constitution and to preserve the powers and integrity of the nation’s constitutional institutions like the judiciary; a check and balance needs to be maintained. There should not be any notions of dominance. He warned that the nation could be living on reserve tank.

Ahirudin Atan got 6 members of the floor to read national literary laureate, Dato’ Usman Awang’s unpublished 1949 love story about a group of young Malayans chasing the Bangsa Malaya dream. That underscored the fact that the “One Nation One People” aspiration existed even then. 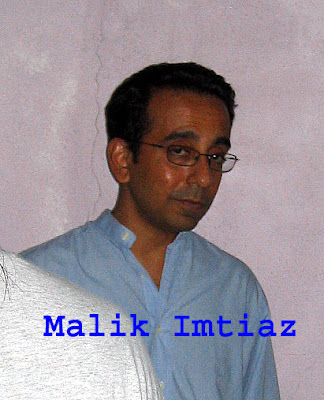 Malik Imtiaz underlined the need for Malaysians to reclaim democracy that has been eroded over the last 25 years and decried the apathy amongst Malaysians towards even issues that affect their rights as citizens.

Azmi Sharom started out “reciting” the first four lines of the national anthem and observed that there was no mention of bangsa (only rakyat) in the Negara Ku. He also stressed that the education system needs to be revamped and that there are not enough suitable role models for the students. Azmi mentioned the existence of an elitist ruling class that has no qualms about leading the country to the boondocks. To paraphrase him: “the road that we are on as a nation is a road to ruination!” 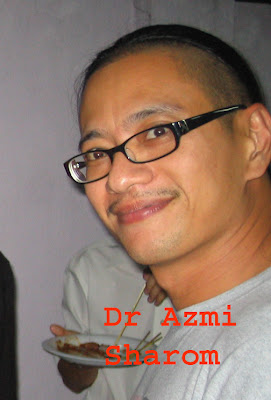 To me, perhaps the speaker who was most enlightening was the unassuming Mr Jayanath Appudurai. His discourse was statistics based pragmatism and he showed that the road ahead for Bangsa Malaysia was long and arduous. Success which is not guaranteed may also be just a figment of the imagination.

One thing common to all was the call for an end to race based politics.

It being an informal forum, Haris Ibrahim moderated well enough under the circumstances.

The workshop to attempt a definition of Bangsa Malaysia was not surprisingly steered by some members of the floor to matters totally divergent. Perhaps it would have been expedient for the organizers to propose certain traits and then get members of the floor to give their inputs. Nevertheless, there were a few good suggestions even from the younger participants.

During the proceedings there was of course the “customary” visit by your friendly neighborhood mata-mata in their patrol cars but since the function was carried out within the compound of Bloghouse there was not any bone for them to pick.

Dinner was the usual Malaysian fare of satay, nasi lemak, fried chicken, kueh muih, fried noodles, etc., etc. There was more than enough food to go around and the nasi lemak was good.

For me, it was also an opportunity to put faces to many of the bloggers I only knew by their handles; there were "What a Lulu", "Desiderata", "MageP's Lab", "Walski-myAsylum", "Ancient Mariner", "Sang Kelembai", and many others. Marina Mahathir ("RantingsbyMM") and Nuraina Samad ("3540 Jalan Sudin") were also there.

The organizers had planned live video streaming from notable Malaysian bloggers overseas (M. Bakri Musa, etc) but were let down by malfunctioning equipment. All-Blogs pro-tem Secretary, Tony Yew played an exemplary role. All in all, I think the organizers did a very good job with the events of the day and more importantly, the fire in their bellies is burning fiercely. I am certain the ripple will at least make waves.

Haris Ibrahim deserves my respect for his courage of conviction and his boundless energy to fight for a cause that is sure to create reactions. My personal opinion to him was that denigrators to the Bangsa Malaysia concept were already objecting it was superfluous because we are already called “Malaysians”; my suggestion is that the credo, “One Nation, One People” should also include, “One Soul"

Bangsa Malaysia: “One Nation, One People, One Soul”

The night ended with the reciting of the Rukunegara and singing of Negara Ku with each attendee holding a lighted candle in the dark. A flicker of hope? Light at the end of a tunnel? Small lights overwhelmed by darkness perhaps? It is up to us to decide isn't it?

It's a pleasure to have you with us and expect to see you more often in our future events. We should speak more when we meet again.

Thanks for being part of us.

Bro,
Sheeesh I actually missed another blogger from Taiping ?
So sorry to have not met you at the Blog-house as yes, Bernard is also from Taiping...but Cheers anyways ! glad you could make it and hope to meet you again in one of the do's! It was a great and memorable night !
Cheers !

Good to know you Taiping mali juga. Did you happen to come from KEVII School? SGI or Hua Lian perhaps?

Thank you for the nice post. I enjoy reading your posts. Thank you for the
time and effort you spend for keeping blog lively and attractive and that
makes it worth visiting and re-visiting

Glad to know i have another source to read on the Malaysian Malaysia news from the net. Nowadays, i have less dependence on main stream medias for "political" news.

Though news in net might not be 100% true, but what i need to do is to do some filtering rather than depending on pre-filtered news from the public printed media, where it is something that they have to do to secure a publishing licence.

Like you I have been doing lots of reading on the Net, especially So-Po stuff and as you said, filter, filter.

It came to a point where much meaning was lost unless I "went to the ground" to lend support to those who are proactive about making Bangsa Malaysia a reality. Afterall, I am a great believer in the Bangsa Malaysia concept too.

Arm chair support just does not cut it after a while.