It Took A Woman To Admit This...Makes The Word "Jantan" Obviously Over-Rated

As women continue to out-perform the guys academically by miles...we get the Mariam Mokhtars on one hand and the Ibrahim Alis on the other. No you are not alone Mariam. It is just that there are not enough people like you yet. This was in Malaysiakini:

Ketuanan Melayu: Am I alone?

Mariam Mokhtar
Mar 30, 10
11:33am
When one reads about an organisation led by an insecure, attention seeking leader, who revels in obfuscating remarks to "defend Islam, the special rights of Malays and bumiputeras", it does seem that the lunatics have taken over the asylum. 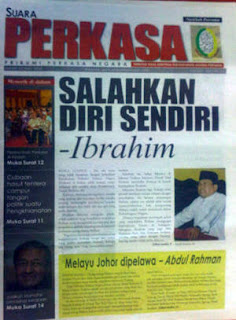 So, am I alone in thinking that Malays should debunk ketuanan Melayu (Malay supremacy)? When challenging small, hate-filled groups we must be aware of the risks in talking up the threat they pose.
They may hope we would demonstrate or march to the police station and make reports (the police have better things to do) and give the group added gravitas.
Probably the more invectives that are hurled in retaliation, the happier they would be. No, we are not a hysterical lot.


Clamours for ketuanan Melayu are an insult to me and right-minded Malays. Malays today are knowledgable. Extremist views on race and religion are not our vision of Malaysia. We aim for solidarity by encouraging participation from all sections of society for a truly democratic nation.
Confident Malays are not threatened by other races. Nor do they feel inferior or undermined. They are not spiritually bankrupt and do not get confused when non-Muslims use words like Allah.
Too few benefit
The NEP made a few Malay millionaires into billionaires. It excluded the Malay majority and hence failed spectacularly in its objectives. The government must be more creative in helping Malays attain success. Why stick with a recipe for failure?
Last week's histrionics demonstrate that you can take the boy out of the kampong but you cannot take the kampong out of the boy. Fortunately, not all Malays live under their tempurung (coconut shell). We don't need men who profess to be leaders by espousing ketuanan Melayu but in reality are just sabre-rattlers.
Malaysians are aware of their surroundings - abuses of power, select Malays selfishly milking the NEP, endemic corruption, public institutions compromising their neutrality by becoming political stooges, no accountability in government bodies and politicians.
There are many disadvantaged people in Malaysia. Our urban and rural folk lead parallel lives, with little overlap. Our society consists of the 'haves' and the 'have-nots'. Racism, sexism and ageism are rife. It is little wonder there is a rise in cynicism. It is amusing to see the '1Malaysia' concept in a mess because of these. 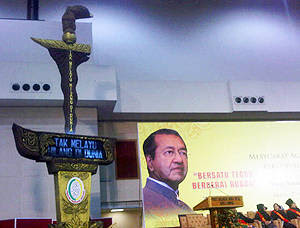 We are a young nation, and we attained independence through the collective effort of the peoples of Malaya: Ordinary Malayans - rubber tappers, tin coolies, jungle clearers, road builders, railway workers, teachers, policemen, port labourers.
They were Malays, Chinese, Indians, Eurasians, Orang Asli. Some made the ultimate sacrifice in the name of independence. Must we now forget their contributions and treat their children and grandchildren not as true Malaysians, but merely as immigrants? Are we not indebted to them?

My great-grandfather was a rubber-tapper and he encouraged his son (my grandfather) to study and lift them out of poverty. At night, he studied by the light of a kerosene lamp. During the day, he escaped being called out to play by the other boys, by hiding and reading in the middle of a patch of long grass.

The daily journey to secondary school in Ipoh was by train and on foot. He then entered the Malayan Civil Service (MCS), worked his way up and was sent to England for various courses and tests. He grabbed every opportunity and was a success.

He worked in the towns and villages, throughout Malaya, but complained that the Malay youth then were indisciplined, were bad at time-keeping and had an attitude problem. Many suffered from kais pagi, makan pagi (living from hand-to-mouth) and lacked motivation to work. The majority considered the bounties from the fruit trees or rivers sufficient for their daily needs.

This lack of incentive is deeply entrenched and will remain entrenched unless there is a brutal effort to exorcise it from the Malay psyche. We must give Malays a way out of poverty and halt their dependence on the NEP. The challenge is for them to break out of the spiral of underachievement and low expectation.

A crutch, not a panacea

The NEP, or its reincarnation, will not help the Malays or Malaysia. Instead of making Malays more competitive, it will make them more reliant on false hopes. It will make them idle and addicted to being the master, the supreme race, with little effort involved. It is a destructive ideology. It destroys their character and robs them of an identity. It is an admission of weakness. It relieves them of pride and dignity.

The Malays have had large amounts of money spent on them. No amount of money will elevate them unless it is put to good use to improve themselves. The desire to improve must come from within. They must understand that ambition and aspiration entails hard work and perseverance.

Malays have a strong cultural identity and family values but the NEP has helped institutionalise underachievement. So how can we offer security to our children if our adults lack ambition?

Education and a strong stable family life must be foremost in policy changes to make a difference. But politicians have messed up our education system. Government must create opportunities. We need investments, both locally and from abroad, but Malaysia's negative image precludes that. 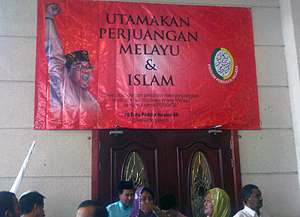 Most drug addicts and HIV/AIDS sufferers are Malays; abandoned babies are primarily Malays; incest, rape and sexual crimes are committed mainly by Malays. Why not sort out your priorities, clean up your own house first and stop pointing fingers?
Sadly, few Malays are willing to admit the faults within them but would rather lay the blame on other races. And please stop brandishing the keris about. They are revered items, as any good Malay knows, and should never be used in a cheap publicity gimmick.
Posted by KS Cheah at 01:56

Email ThisBlogThis!Share to TwitterShare to FacebookShare to Pinterest
Labels: Bloggers, Excerpts, In The News, My Country, Socio-economics, Socio-Political, Trawled From The Net

the ugly truth hurts even more...