Why The All Blacks?

THE NEW ZEALAND All Blacks — if you’re from New Zealand, you probably need no encouragement whatsoever to stand behind them. But as for everyone else, well, you might think about whose side of the fence you’re standing on the next time you find yourself in a discussion of sporting excellence.

For over 130 years, this has been the club to measure athletic success against — and here’s some evidence why.

1. They’re arguably the most successful professional sports team in history. They’ve won an astonishing 85% of every match they’ve ever played, and hold a 75% win rate in tested matches (officially sanctioned matches). By comparison, the New York Yankees have a winning percentage of just 53%.

2. They’re one of the oldest professional teams still in existence. The New Zealand national rugby team was founded in 1884. So…make sure you wish them a happy 130th birthday next year. (Oh, they also went undefeated in their first year.)

3. They’ve won the Tri Nations / Rugby Championship 12 times. This is an elite tournament in which New Zealand competes against Argentina, Australia, and South Africa. The championship has only existed for 18 years.

4. The population of New Zealand is 4.4 million. The All Blacks Facebook fan page has 2.1 million followers. You do the math. (Or don’t, and just realize that All Blacks fans pretty much make up their own nation.)

5. They’ve had 17 sets of father-son player combinations, and 34 sets of brothers. Needless to say…rugby’s kind of in their blood.

6. They competed in what’s considered the greatest game of rugby ever played, a ridiculous come-from-behind victory against Australia. And they won.

7. Rugby has been argued as the “surrogate religion” of New Zealand. Multiple professors have written theses on rugby’s prominent place in Kiwi life — and the conflicts that can arise out of what happens when a rugby fixture is played on a Sunday. Which, thinking about it, kind of makes the All Blacks the country’s unofficial spiritual leader.

8. And, of course, the haka. Probably the most badass pre-game warmup ritual in the history of competitive sports, it’s the same ancient war cry that Maori have done for hundreds and hundreds of years. And exactly the kind of thing that makes opponents think, “I’ve just made a huge mistake…”

This was a game the All Blacks did not deserve to win. Alas, the Gods of Rugby ordained that this would be a perfect season for the All Blacks as the luck of the Irish ran out at the end. The Irish forwards outplayed their NZ counterparts and there were just too many handling errors from the men in black.

The last play of the match was cruel for Ireland.

Anthems, The Haka and 100 Caps; England vs NZ All Blacks

UFOs - The Day Before Disclosure

If the truth be told tomorrow...

The Greatest Rugby Game Ever Played?

This was dubbed "a Test Match made in heaven."

Making Waves Down Under

It appears that Haris made waves down under with the ladies too. The following comment in Malaysiakini was written by his new found admirer, Mary O'Donovan but the way she writes about him makes her sound like the PR handlers of Najib. Nevertheless, I agree with most of what she said about Haris. Keep it up bro!

COMMENT I've just spent the last five days staying with Haris Ibrahim in Melbourne and from the moment I met him, I became aware of how dangerous he could become for the Malaysian government.
Yes, in the world of activism, I am the greatest cynic. I don't trust anyone on face value. I don't believe most of what I hear and even less of what I see.
I've interacted with many activists both in Australia and overseas, and there are those of which I am quickly dismissive. They are the ones who are just angry with their lot in life and wave a banner for social reform irrespective of the cause. I say that these people would even turn up for the opening of a paper bag.
There are also those who are driven by ego. They just love being in the spotlight and if offered a chance for change, they won't accept it because it removes their platform. I am always bemused by the altruism derived from an ulterior motive.
Then there are those whose motives are real, they have the backing of the public and they have the composure, nous and the ability to convey the social reforms to the people and consequently, see it happen. They are always highly intelligent, extremely affable, have attained much in life both professionally and personally, but have decided that the cause isn't about them, it is about the people.

Email ThisBlogThis!Share to TwitterShare to FacebookShare to Pinterest
Labels: My Country, Personalities 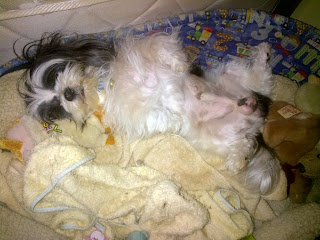 
This article in today's Malaysian Insider is interesting as it may seem that things are boiling to the surface in the very convoluted and complicated world of seedy Malaysian politics. If it is agreed that there is no smoke without a fire, then this MI article is not mere smoke but the first flames that are appearing on the surface of what is covering a conflagration raging below. It has been smoking for some time now. Though not mentioned in the MI article as yet, it probably will impact Sabah UMNO politics with the pathan at the helm. It appears "The Land Beneath The Wind" holds much history and many conspiracies. Please read:

BY ZULKIFLI SULONG AND V. ANBALAGAN

The report revealed that Mat Zain met Shafee at the lawyer's office-cum-residence in Bukit Tunku on August 10, three days after Hari Raya.

The two was said to have discussed Gani's alleged “misconducts”, as well as the highly-publicised case on Pulau Batu Puteh - the island off Johor which the International Court of Justice awarded to Singapore following a legal dispute in 2008.

The news portal said Mat Zain and Shafee later met Dr Mahathir at his residence in Country Heights, Kajang, on the same day.

Their discussion also touched on other alleged wrongdoings by the AG, including fabrication of evidence in the famous "black eye" case of 1998 involving former deputy prime minister Datuk Seri Anwar Ibrahim.

Mat Zain, who was the investigating officer in that case, had informed Dr Mahathir of fabrication of evidence allegedly committed by Gani, then a senior deputy public prosecutor handling Anwar's first sodomy and power abuse case, following his dismissal from the government.

The alleged fabrication took place when Gani was said to have brought in pathologist Dr Abdul Rahman Yusoff to accuse Anwar in court of self-inflicting his injuries, contradicting medical reports.

As a result, a Royal Commission of Inquiry was set up to investigate the black-eye incident, resulting in the admission by former inspector-general of police Tan Sri Abdul Rahim Noor that he had beaten Anwar hours after his arrest on September 20, 1998.

In 2008, Anwar filed a police report against Gani and former police chief Tan Sri Musa Hassan, who was involved in the first sodomy case thrown at Anwar.

The accusations of fabrication and misconduct on the part of Gani and Musa were however dismissed by a three-member committee comprising retired judges formed by the Malaysian Anti-Corruption Commission (MACC).

It was reported that in the meeting with Mahathir, Shafee (pic, right) agreed that the appointment of the MACC committee to clear Gani and Musa was illegal.

In August, Gani appointed Shafee to lead the prosecution team in its appeal against Anwar's acquittal in the Sodomy II charge.

He had come under heavy criticism from the opposition and non-governmental organisations over his handling of several high profile cases, including the Altantuya Shaariibuu murder and the cheating case involving former transport minister Tun Dr Ling Liong Sik.

Dr Mahathir is also said to have pressured Gani and called Home Minister Datuk Seri Ahmad Zahid Hamidi for a discussion. During the meeting, Dr Mahathir claimed that the AG's Chambers employed two CIA agents. Ahmad Zahid had agreed to probe into the claim. - November 6, 2013.
Posted by KS Cheah at 19:04 No comments:

Email ThisBlogThis!Share to TwitterShare to FacebookShare to Pinterest
Labels: My Country, Politics, Socio-Political

Is Religion About Its Followers Or Are Followers About Their Religions?

The following are followers of the same religion:

Ezzra Zaid and the "That Effing Show" Gang

...compared to *ahem*. Decide for yourself.

UPDATE 3rd November 2013. The following was in Malaysiakini:

Perkasa finds no humour in YouTube parody, calls cops
There was no humour for Selangor Perkasa in a parody video on the ‘Allah' issue - it was so offended it lodged a series of police reports against the makers.

According to Utusan Malaysia, Selangor Perkasa chief Abu Bakar Yahya (right) said the YouTubevideo entitled: ‘That Effing Show #95: Allah, Apa Lagi?' was an insult to a Court of Appeal ruling which banned a Christian publication from using the word 'Allah'.
"This matter must be scrutinised to avoid discontent and disharmony in the country," he was quoted as saying.
Abu Bakar, whose movement had made nine police reports throughout Selangor, added that the relevant authorities should take action against the video makers.
The six minutes and 31 seconds video uploaded on the PopTeeVee channel featured two separate groups with one claiming the word ‘Allah' for themselves.
Subsequently, the other group then began claiming various Malay language words originating from Sanskrit such as ‘bumiputera'. ‘raja' and ‘negara'.

Producers to cooperate with cops
They cited that this was to avoid people from being "confused" by Hindu influences, to which the other group became offended and said they would call for Perkasa to aid them.

However, it was pointed out that the word ‘Perkasa' was also from Sanskrit, causing one of the group members to react in rage and imitating Perkasa chief Ibrahim Ali's infamous reaction on international TV: "Don't talk S**t!".
The video was hosted by Ezra Zaid (left in photo), who previously had a run in with religious authorities over the publication of a book entitled ‘Allah, Liberty & Love' by liberal Muslim author Irshad Manji.

Meanwhile, the company responsible for the producing 'That Effing Show' said that it will cooperate with the authorities.

"With regards to Perkasa's comments on our videos, we believe we share an equal passion in building a better Malaysia: which is further proof that there is even more in common between PopTeeVee and Perkasa besides the four points already raised in Episode 96.
"Perkasa works for what they believe makes for a better Malaysia. We believe in following the footsteps of our experienced and passionate leaders in doing the same," said Hardesh Singh, the company's founder and executive producer.
Posted by KS Cheah at 16:30 No comments:

A Typical Jeannie And J.J. Moment

Camping with the usual gang of families in Port Dickson, 2000. I am glad that they shared this type of mother and son relationship right to the end... 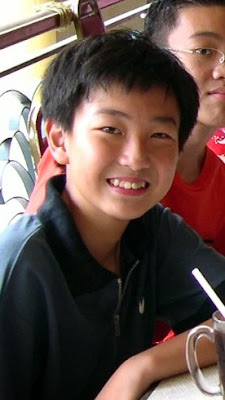 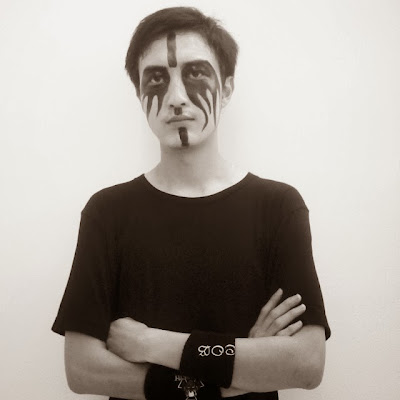 Must have started with this: 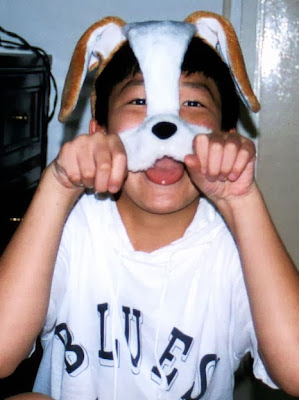 Or is it because of Prince Cheah? 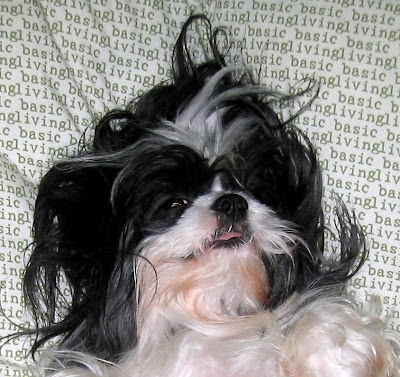 When Taipingnites visit Taiping with non-Taiping spouses and children. The following video clip was in the Panorama Hotel suite in 1998.