Patriotism. What's In A Song?

May 13th, 1969. I was 10 years old and being in Taiping, we were not exposed to the terror faced by those in KL or even Penang. I remember it was a Tuesday and in those days of radio and B&W TV, information did not exactly travel as fast. I remember the TV series, "The High Chapparal" and the episode that was showing the night of May, 13th 1969 was the "Buffalo Soldiers". I was in Standard 4, at KEVII Primary School (II) and we woke up to a school holiday the next day.

I do not remember being scared because we somehow knew my father would be able to handle things. And handle things he did; I remember he broke curfew and went to the neighborhood sundry shop to get provisions. People hardly stored food at home those days and my mother used to go to the market almost everyday. When curfew was imposed, I think my parents' main concern was about food and not about the family getting slaughtered. Somehow in Taiping, we just knew that neighbors would not kill neighbors and I think nobody was killed in Taiping then.

Another comforting thought I found out later, was that we had a Ranger Regiment stationed in Taiping then and the mainly Iban rangers were expected to be impartial since as Chinese, the fear was of the Malay Regiments. It was after all, racial riots!

However, one of my most enduring and indeed endearing of memories then has been of my father's buddy, Major Hashim who brought army rations for us in an army Land Rover. Major Hashim was quarter master in a Malay Regiment also based in Taiping!

I do not remember much more but that the country changed after that was obvious. My late father believed in affirmative action yet he told me in the 70s that the day will come when our Malay brethren will squabble amongst themselves over the spoils of the NEP. How prophetic of him.

Race relations went downhill after 1969 because the ruling elite thought Malaysian society could be "engineered" and they tried. They probably started with good intentions but the temptation before them to abuse the nation behind the veil of social responsibility was just too much to resist. We have had 40 years of experimentations and the "engineered baby" called "a just plural society" is in ICU. Our founding-fathers would not have been able to recognize the Malaysian society they spawned. I dare say our founding-fathers would even have disowned us if they can see how morally bankrupt we have become as a people; with endemic corruption, blatant disregard for the law, religious discord, racial seggregation, unbridled greed and Machiavellian politics being the order of the day.

What was in the hearts and minds of our founding fathers before Malaysia was formed? I think a hint can be found in patriotic songs. It is interesting how the lyrics of popular patriotic songs of each era reflect the times. Around Merdeka period there was a song called, "Oh Malaya" (changed to "Oh Malaysia" after merdeka) which ironically originated in Indonesia, sung by a Dutch Indonesian Anneke Gronloh. The romanticism at the time and genuine belief in the future is captured in the song. Check this out and the narrative and lyrics below:

ANNEKE GRONLOH had a big Dutch hit record in "Brandend Zand" in 1962. To build on the popularity of her "Asmara" and "Bengawan Solo" in South East Asia in the early 60's, Anneke took the same musical arrangement and recorded "Oh Malaya." 1963 saw the creation of a new country called Malaysia, made up of formerly British-governed Malaya, Singapore, Sarawak and Sabah. "Oh Malaya" was quickly changed to "Oh Malaysia," and this song helped to foster the new and growing national pride of the new Malaysians. (This video was taken in 2000.)

On the shore beyond the tropical sea
You will stand to welcome me
On the shore beneath the sky so blue
All my dreams at last will come true
Oh Malaysia, land of glory
Where I found my heart's true love
In a night so warm and tender
With the moon and stars above

Then Malaysians were lulled into complacency post Merdeka and took race relations for granted...until May 13, 1969. This was reflected in the song "Malaysia Berjaya". The conflagration of 13th May, 1969 obliterated the meaning and spirit of this great song. If only Malaysian can live this song today!

Our Malaysia has succeeded
Peaceful and radiant
Malaysia forever shall you live
and achieve more success!
The people have pledged
to strive for the aspiration
Of one people, one nation

After 13th May, 1969 the nation was in shock and the mindset of a people in desperation was vulnerable. This was when the re-engineering started and patriotic songs somehow began tasting of propaganda flavor. Malaysian's were encouraged to practise the spirit of Muhibbah or else. The lyrics are imbued with "NEPism" and that somehow leaves a bitter taste.

I have no comments about the so-called patriotic songs of today or rather, I choose not to comment. However, two commentaries on 13 May 1969, which I spotted in cyberspace are worth reproducing here. One is by that super nationalist, Raja Petra Kamarudin and the other by ex-Appeal Court judge, Mahadev Shankar, in the same Malaysia Today article entitled; “MARILAH KITA HIDUP ATAU MATI SEKARANG”. Most of us in our late 40s or older, if we care to share, would have similar stories to tell. Please read:

Folded into our experience of the night of May 13, 1969, was there not the glue that binds all of us with the message that we must love each other or die?
My early education was in the Alice Smith School at Bellamy Road in Kuala Lumpur. For those not familiar with early KL, that is behind the Dewan Bahasa near the Stadium Merdeka and Stadium Negara. The Alice Smith School was a school for the children of British expatriates. There were probably only three Asians in that entire school. The other two were one Chinese boy, who I can’t remember what his name was, and a girl named Sarah Chin -- my first ‘girlfriend’ of sorts, although she didn’t give any indication that she knew I even existed (so it was actually a one-way ‘relationship’ in that sense). 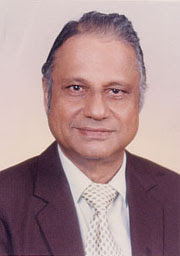 Dato’ Mahadev Shankar joined the Victoria Institution (V.I.) after the war from Pasar Road School and was active in debating and in drama. Indeed, he was the first president of the V.I. Dramatics Society, a successor to the long-dormant VIMADS (V.I. Musical and Dramatic Society) of the 1920s. He is well remembered for his title role as Antonio in the Society's first major production, Shakespeare's The Merchant of Venice, which played to packed houses for five nights in August 1952.
He was also the V.I. Rodger Scholar of 1951.
Dato' Shankar is a barrister of the Inner Temple London and was enrolled as an Advocate and Solicitor of the High Court Malaya in 1956. Thereafter he practised law in Shearn Delamore and Company, Kuala Lumpur, till 1983 when he was appointed Judge of the High Court of West Malaysia. He served in Johor, the Federal Capital, and in Selangor till 1994 when he was elevated to the Court of Appeal.
During his career as a lawyer he served on the Board of Several Public Companies including Malaysian Airlines System. He was the advisor to the New Straits Times Group on libel laws and the resident representative of the Medical Defence Union.
He has also represented Malaysia on several international conferences on a variety of legal subjects. These included Intellectual Property laws in Sydney 1984, Canberra 1987, New Delhi 1995 and Tokyo 1997, and Kanchanaburi Thailand in 1998, Price Variation and Escalation clauses in International contracts at the Singapore Business Laws Conference, and the Right to a Fair Trial in Heidelberg 1996 as well as conferences on Aviation Laws in Dallas 1979, New York 1981, and Taipei in 1990.
Apart from the hundreds of Judgements he has delivered during his tenure as a judge he also served as a Royal Commissioner on two national inquiries and was the Advisory Editor for Halsbury’ Laws of Malaysia on Civil Procedure.
With specific reference to Arbitration, whilst in practice he has acted as an Arbitrator in the Whitley Council to revise the Wage Structure of the Postal Department of Malaysia, in labour disputes on the first Industrial Arbitration Tribunal, and in private arbitrations in disputes between dissenting partners in legal firms. He delivered the judgement of the Court of Appeal on the inviolabilty of the awards of the Regional Centre from Judicial review.
Dato' Mahadev Shankar retired as a Judge of the Court of Appeal Malaysia in November 1997.
Since his retirement from the Judiciary he has acted as an Arbitrator in a corporate dispute between joint venture partners on severance terms, a major dispute between the Owner and Main contractor in one of Kuala Lumpur’s prime building projects. The ongoing arbitrations in which he is now involved include a construction dispute in East Malaysia, and a dispute between two corporate conglomerates on the enforceablity of put options.
He is currently a legal consultant in Zaid Ibrahim and Company, a law firm in Kuala Lumpur.
In April 2000 Dato' Shankar was appointed a Member of the Human Rights Commission Of Malaysia for a term of two years.
Posted by KS Cheah at 19:42