If Beer Be The Food Of Life; Drink On! 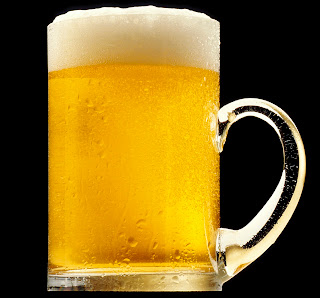 
Beer drinkers rejoice: Your favorite brew may be healthier than you think.

For years, wine drinkers have indulged without guilt, reveling in the news that red wine can help protect against heart disease. Recent research shows that beer can also be good for what ails you, from reducing risk for broken bones to helping warding off diabetes and mental decline. It can even increase longevity, a large study suggests.

However, the key to tapping into beer’s benefits is moderation, meaning just one 12-ounce beer per day for women and two for men. Heavy drinking ups the threat of liver damage, some cancers, and heart problems. Bingeing on brewskis can also make you fat, since a 12-ounce regular beer has about 150 calories, while light beer has about 100.

Here are 10 surprising—and healthy—reasons to cheer about your next beer.

Beer contains high levels of silicon, which is linked to bone health. In a 2009 study at Tufts University and other centers, older men and women who swigged one or two drinks daily had higher bone density, with the greatest benefits found in those who favored beer or wine. However, downing more than two drinks was linked to increased risk for fractures.

For the best bone-building benefits, reach for pale ale, since a 2010 study of 100 types of beer from around the word identified these brews as richest in silicon, while light lagers and non-alcoholic beers
contained the least.

A 2011 analysis of 16 earlier studies involving more than 200,000 people, conducted by researchers at Italy’s Fondazion di Ricerca e Cura, found a 31 percent reduced risk of heart disease in those who quaffed about a pint of beer daily, while risk surged in those who guzzled higher amounts of alcohol, whether beer, wine, or spirits.

More than 100 studies also show that moderate drinking trims risk of heart attacks and dying from cardiovascular disease by 25 to 40 percent, Harvard reports. A beer or two a day can help raise levels of HDL, the “good” cholesterol that helps keep arteries from getting clogged.

A study in Finland singled out beer among other alcoholic drinks, finding that each bottle of beer men drank daily lowered their risk of developing kidney stones by 40 percent. One theory is that beer’s high
water content helped keep kidneys working, since dehydration increases kidney stone risk.

It’s also possible that the hops in beer help curb leeching of calcium from bones; that “lost” calcium also could end up in the kidneys as stones.

A beer a day may help keep Alzheimer’s disease and other dementia at bay, researchers say.

A 2005 study tracking the health of 11,000 older women showed that moderate drinkers (those who consumed about one drink a day) lowered their risk of mental decline by as much as 20 percent, compared to non-drinkers. In addition, older women who downed a drink a day scored as about 18 months “younger,” on average, on tests of mental skills than the non-drinkers.

A Dutch study, performed at the TNO Nutrition and Food Research Institute, found that beer-drinking participants had 30 percent higher levels of vitamin B6 levels in their blood than their non-drinking
counterparts, and twice as much as wine drinkers. Beer also contains vitamin B12 and folic acid.

Researchers at the Harvard School of Public Health found that moderate amounts of alcohol, including beer, help prevent blood clots that block blood flow to the heart, neck and brain—the clots that cause ischemic stroke, the most common type.

8. Reduced Risk for Diabetes
Drink up: A 2011 Harvard study of about 38,000 middle-aged men found that when those who only drank occasionally raised their alcohol intake to one to two beers or other drinks daily, their risk of developing type 2 diabetes dropped by 25 percent. The researchers found no benefit to quaffing more than two drinks. The researchers found that alcohol increases insulin sensitivity, thus helping protect against diabetes.

Wine is fine for your heart, but beer may be even better: A Harvard study of 70,000 women ages 25 to 40 found that moderate beer drinkers were less likely to develop high blood pressure—a major risk factor for
heart attack—than women who sipped wine or spirits.

In a 2005 review of 50 studies, the U.S. Department of Agriculture (USDA) reported that moderate drinkers live longer. The USDA also estimates that moderate drinking prevents about 26,000 deaths a year,
due to lower rates of heart disease, stroke, and diabetes.

These benefits appear to apply in other countries as well, with an earlier study reporting that, “if European beer drinkers stopped imbibing, there would be a decrease in life expectancy of two years—and much unhappiness.”

Email ThisBlogThis!Share to TwitterShare to FacebookShare to Pinterest
Labels: Food, Friends, Trawled From The Net

Great article, love my beer (in moderation of course). Looking forward to more posts like this.