Eeeerieee!!! Is There A Divine Message Here? 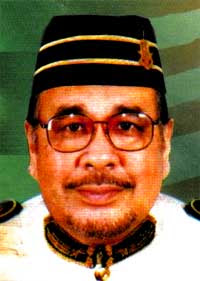 
Permatang Pauh again??!!?? Will there be a contest this time? Malaysiakini has this latest:

Permatang Pasir state assemblyperson Mohd Hamdan Abdul Rahman from PAS has passed away at the National Heart Institute in Kuala Lumpur from heart failure at about 6.30am.
Mohd Hamdan had been an elected representative of Permatang Pasir for three terms since 1999. He was also a former state PAS chief for 14 years.His remains are expected to be brought to his home in Permatang Pasir from Kuala Lumpur at about 2pm and later buried at the Permatang Pasir Muslim cemetery after evening prayers.He leaves behind wife Siti Khariah Ismail and six children.

With the seat vacant, the Election Commission will have to call for another by-election within 60 days - the eight of such polls since March 2008 general election.Permatang Pasir, which is one of three state seats in PKR leader Anwar Ibrahim's Permatang Pauh parliamentary constituency, is the sole PAS seat in Penang.In the last general election Mohd Hamdan, who bagged 11,004 votes, defeated Ahmad Sahar Shuib from Umno (5,571) by a majority of 5,433 votes.
His younger brother Mohd Shukran told Bernama that Mohd Hamdan was admitted at the IJN after complaining of chest pains.The PAS representative had undergone a heart surgery a few years ago, added Mohd Shukran.
Mohd Hamdan was born in Kedah and had just three weeks ago received 'Datukship' from the Penang government.He was a former language teacher at the Kolej Sultan Abdul Hamid, Kedah and had serviced the Kedah state government as an administrative officer from 1966 to 1977.He went on to join the Customs Department in 1977 and remained there until 1983.
Only two months ago, Penanti - a state seat next to Permatang Pasir - had a by-election following the resignation of then PKR state representative Mohammad Fairus Khairuddin.
The by-election, which was won by PKR's Dr Mansor Othman, saw one of the lowest voter turnout when rival Umno opted not to contest the polls.
The upcoming by-election will be the third by-election in the Permatang Puah constituency in less than one year - the first being Anwar's victory in August last year after his wife, PKR president Dr Wan Azizah Wan Ismail, quit the seat.
Posted by KS Cheah at 11:16

Email ThisBlogThis!Share to TwitterShare to FacebookShare to Pinterest
Labels: Condolences, In The News, My Country, Politics